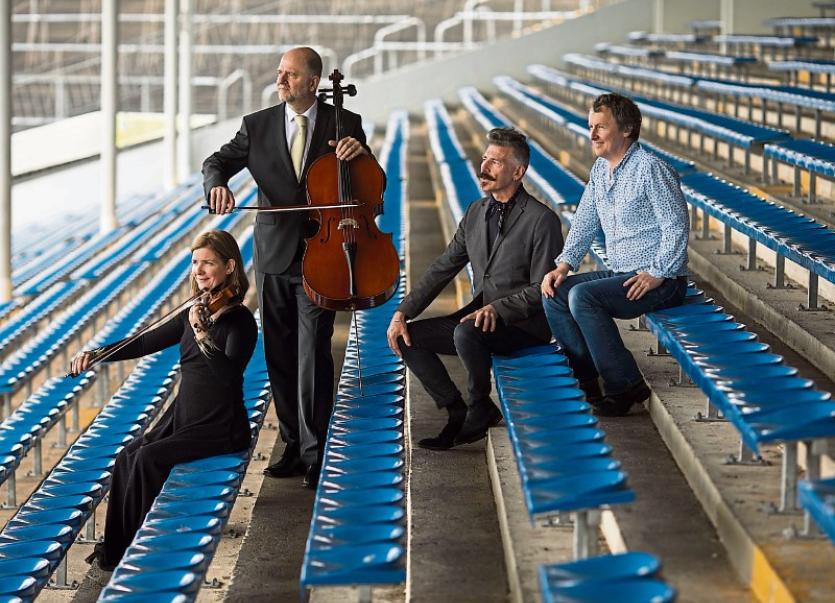 Feile is set to return to Thurles this September: Pictured are Diane Daly and Richard Angell of the Irish Chamber Orchestra with musician Jerry Fish and Tom Dunne Picture: Sean Curtin/True Media

THE Irish Chamber Orchestra is to make a second Trip to Tipp as the revamped Féile has completely sold out this Friday morning.

The Semple Stadium-based Féile Classical sold out in minutes this Friday morning and a second date has now been added, with tickets to go on sale this Saturday at 10am.

Twenty-eight years after the first ever Féile graced the grounds of Semple Stadium, the festival is in line to relive its glory days once again following news that it returns as Féile Classical.

After a long hiatus, Féile will officially make an electrifying return on September 21 and 22 with Féile favourites The Stunning, Hothouse Flowers, An Emotional Fish, Something Happens, The 4 of Us, The Frank & Walters - all performing with the Limerick-based ICO.

In stark contrast to the Féile days of the 90s, Féile Classical will be a fully-seated concert with modern-era luxuries like a choice of clean toilets, gourmet food tents, gin and prosecco offerings and pints that are poured from a keg.

A pop-up Food Village will flank the pitch where concert-goers can pick and choose from food offerings from around the world. The grounds flanking the pitch will display a photography exhibition of the fans and bands of Féiles past.

Something Happens frontman Tom Dunne is the driving force behind Féile Classical delights, along with Limerick production company CWB and Live at Semple Stadium.

He said: “This concert has been in the ether for some time now, and myself and the bands are really excited to be collaborating with the Irish Chamber Orchestra to put together a glorious in your face celebration of a special time in Irish music.

“Féile was special, it was iconic, it was our Woodstock and Féile Classical will be an even bigger, better, louder explosion of the best of those days and so much more.”