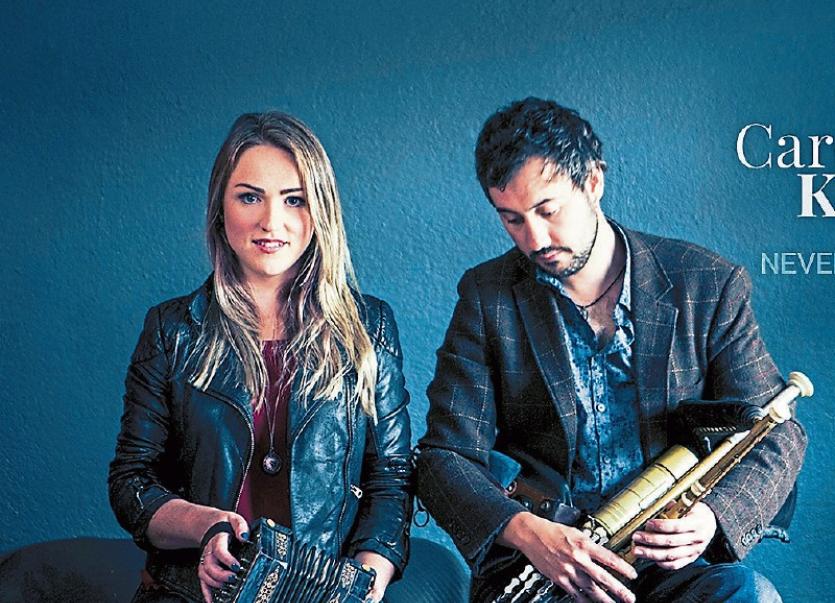 Limerick concertina player Caroline is originally from Raheen and now lives in Dingle, but still teaches from her home when not on tour.

The duo have been performing together for a number of years and are both founding members of the powerful quartet FourWinds.

Both attended the Irish World Academy of Music and Dance at UL and Tom’s music is heavily influenced by the “travelling style of piping” and his dynamic playing echoes the music of North Clare and Ennis where he moved after completing his studies.

Caroline said that having spent the last number of years living in communities where traditional music is at the heart of daily life, the new recording “reflects the beautiful richness of Clare, Limerick and West Kerry music”.

The new album - Never Say Goodbye, Say Good Luck - is a new recording of traditional Irish music that presents Irish cultural heritage in a fresh and creative context while remaining steadfastly loyal to the music, song and dance traditions of past, the duo say.

“We wanted to illustrate the last four years of music together; our friends, our travels and our homes are all intrinsic to this recording project," says Caroline, who says she has a very fond affinity with the music of her own home county.

“We both studied at the Irish World Academy of Music and Dance, at the University of Limerick. We started playing music there and we were both very attracted to those different styles, it’s great to blend and interweave our influences.”

Having performed worldwide with FourWinds, the duo have focus on melodies and tunes that relate to home on the new album.

“We picked tunes which we learned from our friends and from our musical heroes," says Caroline.

“It was important to us to have some of our friends on this recording, they are all true masters of their instruments as well as incredibly nice people," laughs Caroline.

Never Say Goodbye, Say Good Luck by Caroline Keane and Tom Delany will be launched with a show Upstairs in Dolan's tonight, Wednesday.