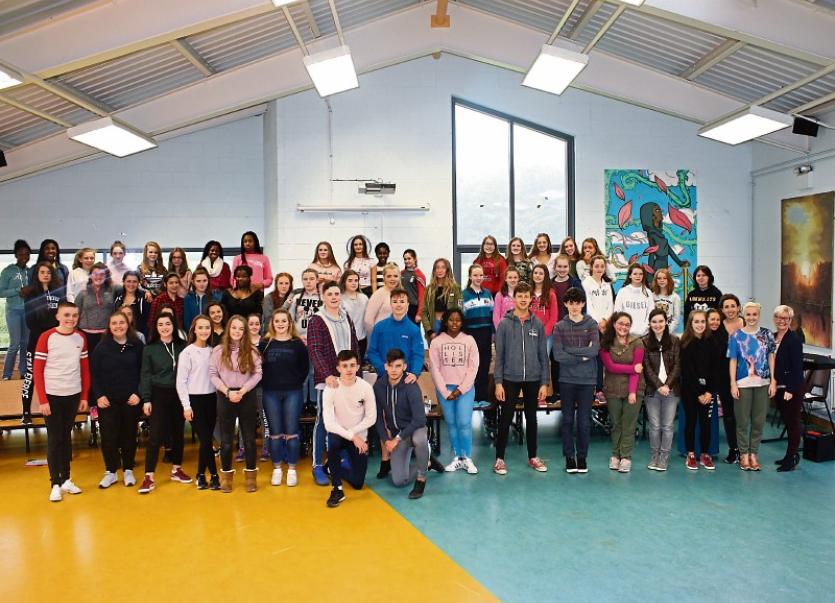 AFTER almost three months of intensive preparations, and with a cast of over 100, it is nearly show time for Limerick’s Castletroy College to tread the boards in the annual musical.

The impressive production, All Shook Up, is a comedy musical based on the songs of Elvis Presley.

Leah O’Donnell, who is in transition year, plays the role of Natalie. Her sidekick Chad, played by sixth year student Cian Cahill is new to the stage but looking forward to performing with the rest of his classmates.

The show promises to be a smash hit spectacle with the teenagers ready and waiting to showcase their theatrical talents under the direction of teachers Anita Cunneen and Catherine Clohessy, alongside artistic director Jessica Bray and choreographer Pamela McGlynn.

Principal, Pádraig Flanagan said that the show is the culmination of months of hard work done by so many in the school community. He thanked all involved, particularly the sponsors for their generous donations which has made the production possible.

Castletroy College’s performance is being presented in association with Odeon Cinemas, Castletroy.

It all takes place in the Lime Tree Theatre on Tuesday and Wednesday, December 5 and 6 at 8pm. Tickets available from www.limetreetheatre.ie.

Depending on availability, tickets may also be purchased on the door and range from €11-€16.