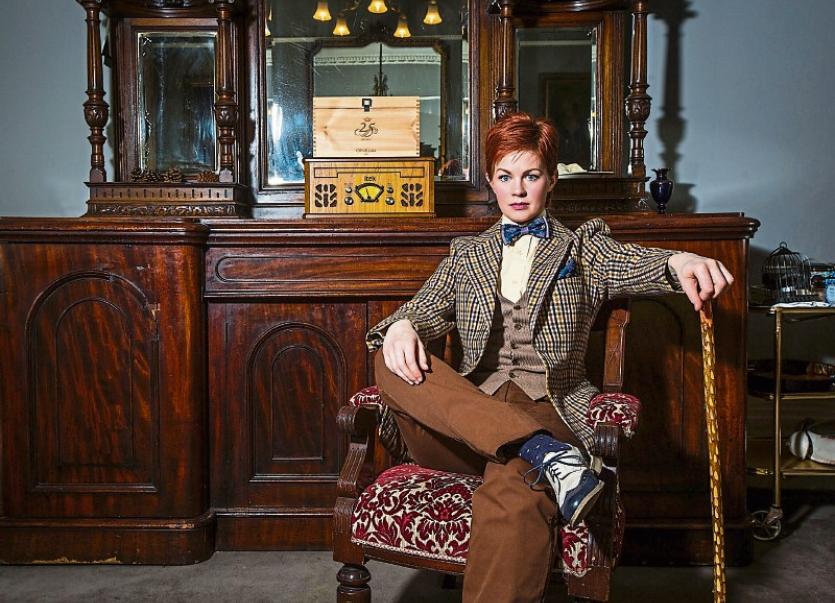 The “most challenging” show of her career: Jean McGlynn will perform Songs in Suits in Dolan’s Warehouse

WITH a show that she describes as one of the most challenging of her career, Limerick singer Jean McGlynn is set to return to the Limerick stage this week.

Songs in Suits is a new stage show conceived, devised and produced by McGlynn and will be performed in Dolan’s Warehouse on Thursday night.

She describes the show as an ‘homage to the male performers’ that have inspired her throughout her life and as a result has created something fresh, theatrical and artistically personal.

The production includes her trademark cabaret style complete with costumes, choreography and a five-piece band and will feature music by performers such as Leonard Cohen, David Bowie, Freddie Mercury, Frank Sinatra, Fred Astaire and many others.

It will feature a mix of ballads, up tempo songs, jazz, blues and rock musical styles all immediately identifiable as songs traditionally performed by men.

“My repertoire would normally be musical theatre and with this show I have taken an opportunity to challenge myself by performing more mainstream music, to which I am adding my own theatrical stamp,” Jean says.

“I have been devising this this show for about two years. We started the initial rehearsals before the summer and now have gone into marathon mode, rehearsing every day. This show really is a very big sing and is proving to be immensely challenging as a performer.”