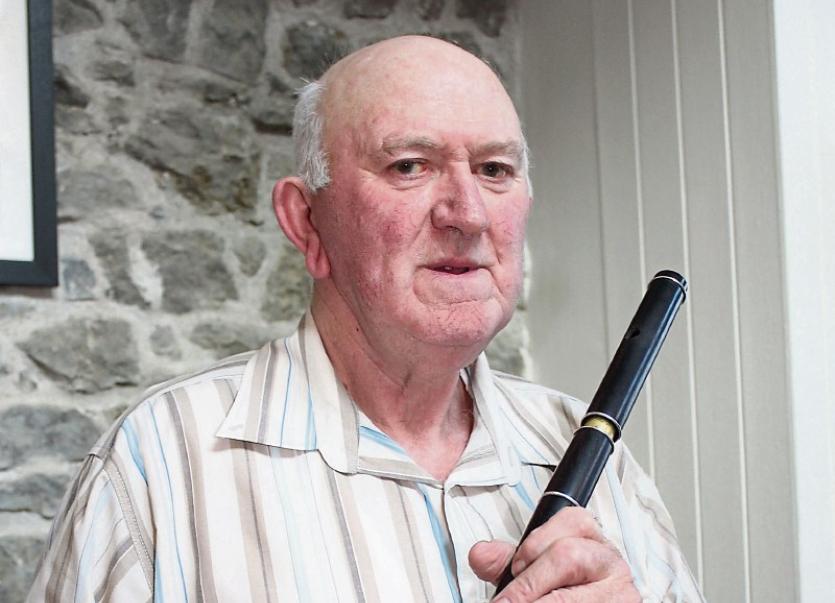 A MAN whose life’s passion has been the traditional music and song of his own area will launch a very special CD this Sunday.

Donie Lyons, from Glin, is known in Irish music circles for his flute-playing and for his singing and he combines both in his new solo CD, The Lovely Banks of Blain which will be launched by champion Tipperary singer Nora Butler .

The CD has taken several months to record, Donie explained this week. “I know my hands were cold when we started recording the tunes,” he said.

It is a CD that owes much to the encouragement of fellow singers, both in the West Limerick Singing Club and around the country. “Most of the songs are local songs that I knew from hearing older people from the area,” Donie explained.

And a big part of the motivation for the CD was to help preserve those songs into the next generation.

Donie himself learned his music from his grandfather, Henry Sheahan, who played the flute and concertina,  and from the noted fiddle-player Thomas “Buddy” Fuey of Glenagragra, Athea.  And the eight music tracks on the CD will reflect this heritage as Donie will play the reels, slides and polkas in the West Limerick tradition.

But 14 of the CD’s 22 tracks will feature Donie singing his own versions of local songs: the title track, composed by Ger Histon, about the Blain river which flows near Donie’s home at Drumreask. Another song The Vales of Direen is local to both Athea and Glin and then there is the Rose of Newtownshandrum,  Lovely Athea, and one about Glin called Poul an Eas, all in the collection.

“Donie is one of the finest exponents of traditional flute played and singing who is alive today,” said poet and broadcaster Gabriel Fitzmaurice who collaborated with Donie on a tape over 20 years ago. “At a time when many youngsters are doing triple somersaults and taking Irish music to places it maybe shouldn’t go, Donie Lyons is one of the guardians of the tradition.”

In October 2015, the West Limerick Singing Club honoured Donie for his contribution to Irish traditional singing and music at the Garry McMahon Traditional Singing Weekend. Donie many successes include   county, Munster and All-Ireland wins in  music and singing. He is a stalwart member of the Singing Club and toured with Comhaltas through Ireland, England, the US and Canada with Comhaltas Ceoltóirí Eireann in 2005 and 2006.

“I am looking forward to it but I am a bit nervous about it too, to tell the truth,” Donie acknowledged. The CD will be on sale, priced at €10, on Sunday and afterwards will be available in local shops.