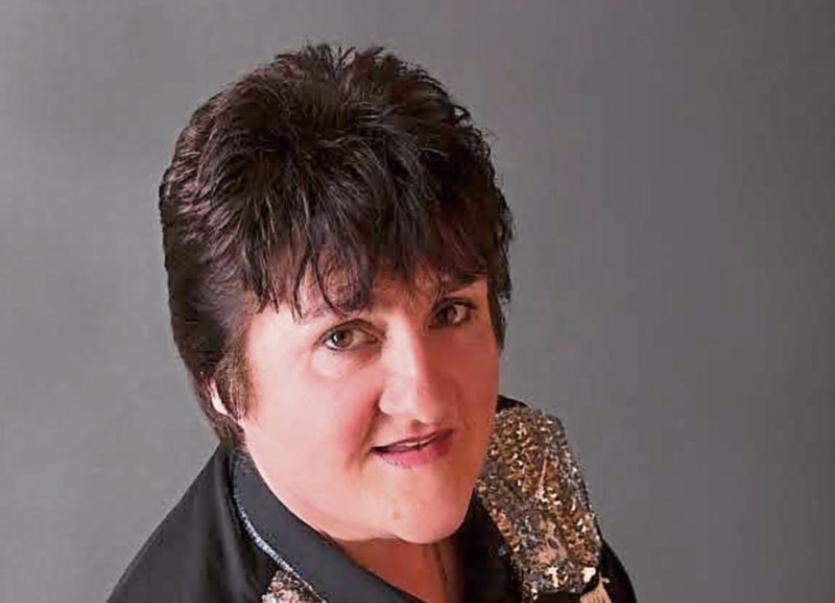 Marian Kirby, Caherconlish, will launch her first CD next week

MARIAN Kirby will bring some country and western flavour to east Limerick on Thursday, May 4.

The Caherconlish lady will launch her first CD in the Millennium Centre where she is a committee member and voluntary worker. Doors open at 8.30pm and a number of artists, including Michael Collins, will perform as well as Marian.

She comes from a very musical family - her grandmother Catherine Ryan taught her the accordion when she was just six. Her uncle Tim Ryan was also an accomplished accordion player. Her parents - Nellie and Jim - both had fine voices. The apple doesn’t fall far from the tree and Marian started singing when she was eight.

“I used to play for a lot of sets like Cappamore, Kilteely, Pallasgreen and I used be in the Scor,” said Marian, who has two sons James and Daniel. Her granddaughter Ellie dances in Cappamore with Pauline Hynan and loves music so it has been passed down through the generations.

Growing up she was always asked to sing at events and had a band with her relations TJ Ryan and Martin O’Shaughnessy called Country Cousins. The musician and singer is also involved in Seisiun in Caherconlish.

Recording her own CD came about by chance.

“I was in the Millennium one night and a request went up for me to sing. Donie Walsh was providing the music. He asked me did I have a CD and I said no. He said would I be interested in making one and I said I will eventually,” said Marian, who does a lot of fundraising for good causes.

Donie said he had a friend, Billy Joe Ward, who has a studio in Kildare and she recorded it there.

“So I ended up making it sooner than I planned!” said Marian, who also plays the keyboard and guitar.

Her favourite music is American country and her first CD is full of some of her favourite songs - Country Roads, One Day at a Time, 57 Chevrolet, Blanket on the Ground and many more.

The CD will be available to buy on the night. Entry on Thursday, May 4 is €10.