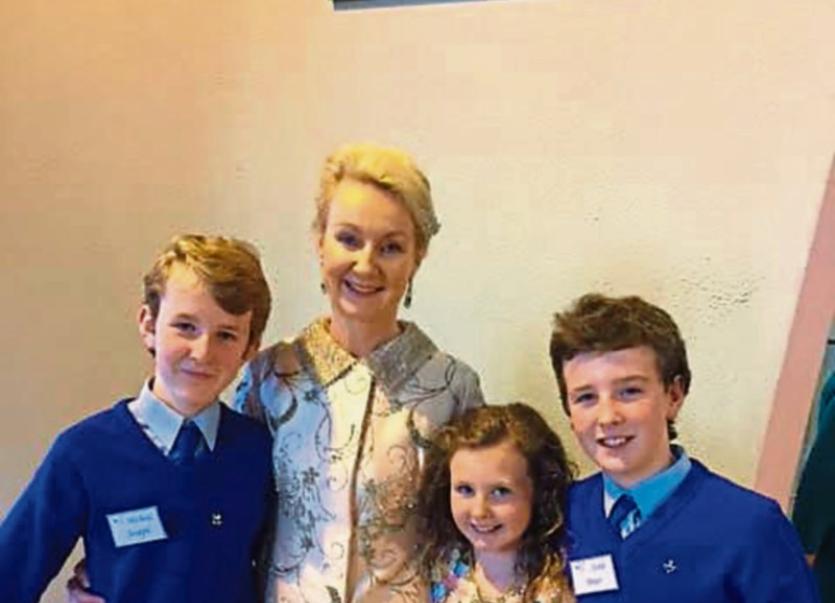 AN INSPIRATIONAL doctor, academic and soprano will release an album for the first time in 10 years, with proceeds going to the Irish Heart Foundation in order to provide defibrillator training to volunteers.

Dr Mary Ryan, consultant endocrinologist at Barrington’s Hospital and senior lecturer at University of Limerick, will release her CD The Next Chapter, at the Abbey Court, Nenagh, on April 12.

Signified in the title, Dr Ryan’s album marks a new chapter in her life, following the sudden death of her husband Eamon Prendiville in 2013.

“I had the privilege of working near home and got a consultants post in Barrington’s, and a senior lecturer post at UL. We then bought a beautiful home, and life looked like it was finally beginning to take shape. Alas, that was not to be as my husband died, one year after we moved into our new home.

“The reason why I called it The Next Chapter because, like everyone, we all go through different things in life and you have to try and get on and do your best. Unfortunately, you either die or you move on and do the next chapter. That’s what I have decided to do, and thankfully I have had the ability to do that, because not everybody is given the ability to do it. And I have received great support from family, friends and patients, and I am lucky in that regard.”

The title song is sung by one of her twin sons, Micheal, 13.

After the launch, she will also perform at UL, where she will be joined by groups such as Amadeus, In Tune For Life, Silvermines Folk Choir, and the Lissenhall Musical Group.

Raising funds for the Irish Heart Foundation, she said that she “admires greatly the work they do in preventing heart disease.

“​In an environment where services are being cut the role of defibrillators in saving lives is paramount and to date has saved multilple lives. However, there is no point having defibrillators in the community unless people are trained on how to use them and this is where the IHF play a vital role as they train all volunteers.”