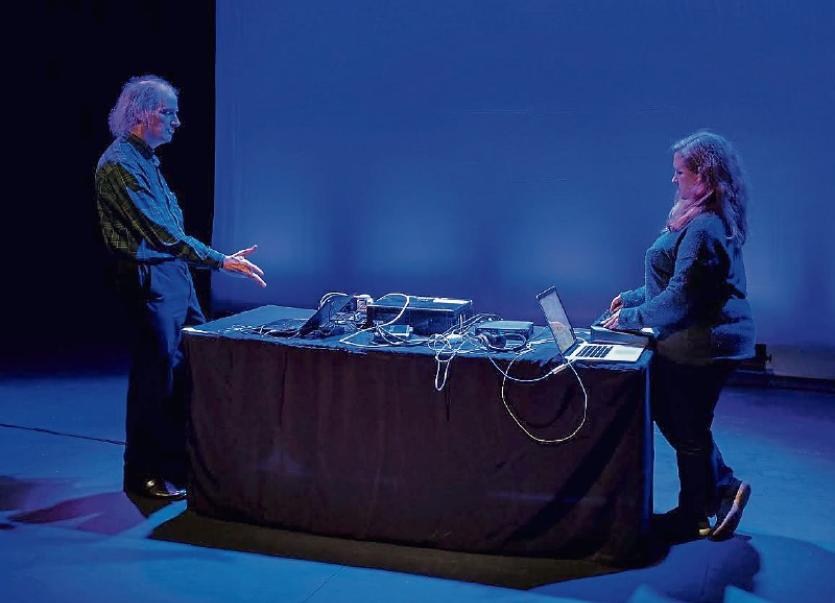 AN EVENING of computer-generated music will take place next week at Ormston House, performed by one local lecturer and an academic from California.

University of Limerick’s Dr Kerry Hagan and University of California’s Miller Puckette will perform together in their Hocket Pagan concert, on Monday evening at the Patrick Street gallery.

Prof Puckette will also deliver a talk on the “limitations of computers as musical tools” at UL before the concert. The musical performance is part of an ongoing collaboration between the two scholars, who have been working together for a number of years.

This concert will showcase new works by the duo, among them the European premiere of a composition called Hack Lumps.

In this work, Miller Puckette uses hand gestures and a Leap controller to synthesise music on his computer.

Dr Hagan takes Puckette’s contribution on her computer, processes it, and sends it out into speakers. Dr Hagan said that they are “fortunate” to have Prof Puckette visiting Limerick.

“This is a fantastic opportunity for Limerick to see cutting-edge music and technology with international presence in our own city.

“This short concert showcases experimental music with a little touch of cheekiness. For those with adventurous taste in music, this evening will be a fun jaunt into the world of computer music, where new music is made with and through computers,” said Ms Hagan, who is a lecturer with the Digital Media and Arts Research Centre.

The concert begins at 8pm in Ormston House and admission is free.