US choirs to travel to Limerick Sings festival

International choral event returns for a fifth outing in June 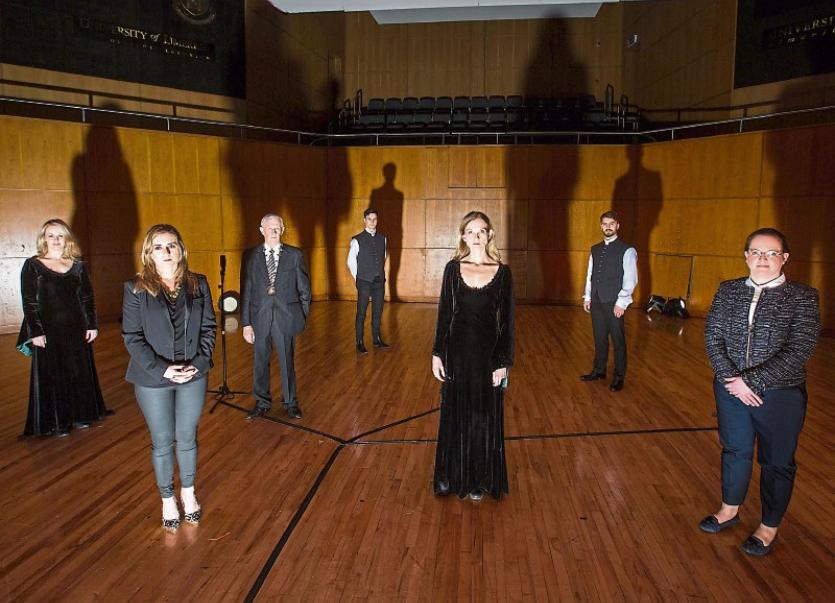 OVER 200 American choristers have already signed up for the Limerick Sings International Choral Festival, which returns for a fifth annual staging this June.

The festival, which is run by Campus Life Services in UL and the University Concert Hall, was launched in conjunction with a 30th anniversary concert by acclaimed vocal group Anuna in the Concert Hall at the weekend.

Once again the festival is working with Perform International, a leading music tour company based in Atlanta, to attract US choirs, and there are 200 choristers already confirmed to attend including, Canterbury Voices from Oklahoma, Tallahassee Community Chorus and Pensacola Children’s Chorus from Florida, Oswego Festival Chorus from New York and Fairfield County Children’s Choir from Connecticut.

There are a host of local and national choirs signed up for the non-competitive weekend including Limerick Choral Union and Aoide together with The Gunas, Dalkey Active Retirement Association Choir and Maynooth Chamber Choir.

Choristers and audiences can look forward to performances in St John’s Cathedral, the UCH and the Holy Trinity Abbey Church in Adare, while the Cliffs of Moher will provide the stunning backdrop for a ‘Big Sing’. It takes place from June 22-25. Sinead Hope, director of the UCH, said the festival “keeps growing”.

“We are delighted to have two particularly exciting new additions to the 2017 programme, a Big Sing on the iconic Cliffs of Moher at which all festival participants will gather under the Baton of International Conductor Andre Thomas, and a workshop with Anuna’s education team,” she said.

“The workshop is open not just to festival participants, but also anyone that enjoys singing in a choir and would like to learn some new techniques and stage etiquette tips. Choirs will be performing all weekend in different venues throughout Limerick including, of course, University Concert Hall, as well as St. John’s Cathedral and Holy Trinity Abbey Church in Adare. We’re looking forward to a great weekend of song!” she added.

The programme features classical, sacred and contemporary music and there will be “something for all music lovers in Limerick this June,” Ms Hope.