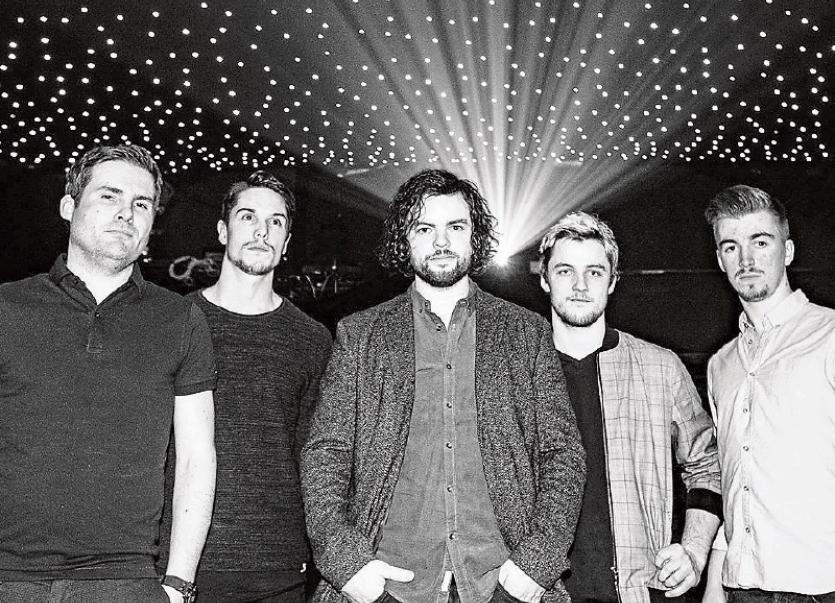 The headline gig as part of Limerick Fringe, on March 31, will see the band unveil some brand new material — finely tuned, ahead of the recording of their debut album later this year.

The current lineup — Fintan Tynan on vocals, Colum Kelly on lead guitar, Damian Ruddy on bass, Adam Reeves on drums and Steven Tynan on piano — has been together for nearly a year.

The five-piece ensemble pulls influence from the likes of Muse, Oasis and The Doors, but craft their own style of alternative rock with the husky emotion-filled tones of lead singer Tynan.

“We are absolutely buzzing for this gig, and looking forward to showcasing some of our new material at Limerick Fringe,” he said.

Featured extensively on Today FM with Fergal D’Arcy, it’s onwards and upwards for the lads, who have taken the stage at a number of prestigious venues including Dublin’s Olympia Theatre.

Lead guitarist Colum said “it’s all about the live shows, bare chested rock music”. Tickets for the Friday night show are available through Limerick Fringe or on Eventbrite.