A Wake in the West play in east Limerick

St Patrick’s Players ready to bring the house down again 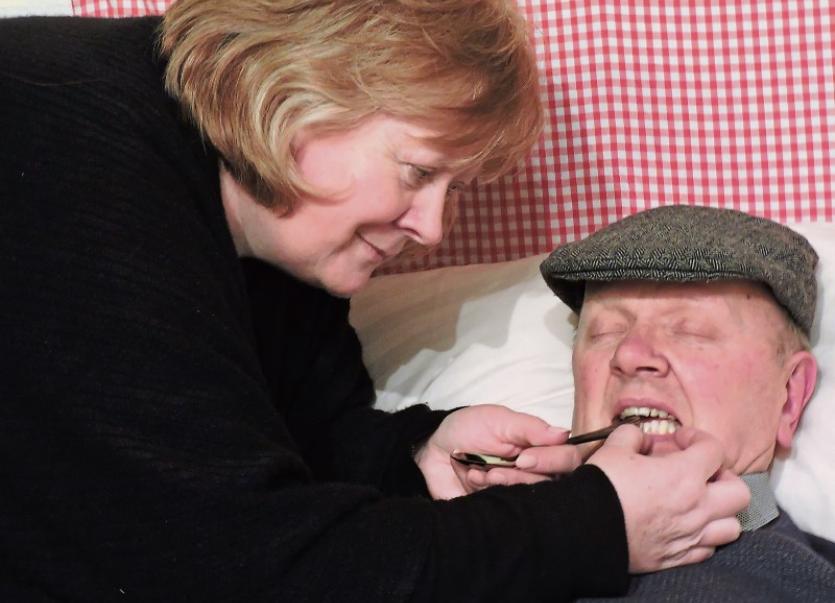 AS THE FEAST day of our patron Saint looms it always means that the St Patrick’s Players are ready to bring the house down once again.

The long-established Cloverfield-based group in east Limerick have been busy rehearsing their roles in A Wake in the West.

There are five opportunities to see their upcoming theatre performance. It commences a run in the Teach Cloverfield on Saturday and Sunday, March 18 and 19 at 8.30pm. Then it moves to Pallasgreen Community Centre on Sunday, March 26. The players then go further west to Friars Gate Theatre in Kilmallock on Friday and Saturday, March 31 and April 1 at 8pm.

Co-director with Carmel Gleeson, Pat O’Dea says the play is set in a small village in the west of Ireland.

“It tells the story of the life and death of Tom Healy, who was fond of the drink and in the end it brought on his demise. Tom is being waked in his house by the sea.

“He has left some unusual funeral instructions which do not sit well, at all, with his daughter Mary and his estranged son Martin, who has just returned from America for the funeral. Should they bury him properly or give in to his last request?” said Pat.

Tom’s dying wish is a humiliating one for the family - he wants to be cremated and his ashes scattered at sea.

This dying wish torments his family and the hilarious scenes that follow are brought to life by the excellent cast of the St Patrick’s Players. Family and neighbours gather around at the wake, which is full of colourful characters that add to the general chaos.

Cloverfield is synonymous with drama, music, storytelling, song and dance and every year St Patrick’s Players keeps that tradition alive with immense pride and talent. A night of entertainment is guaranteed.