Educating Rita still as relevant as ever, actress says 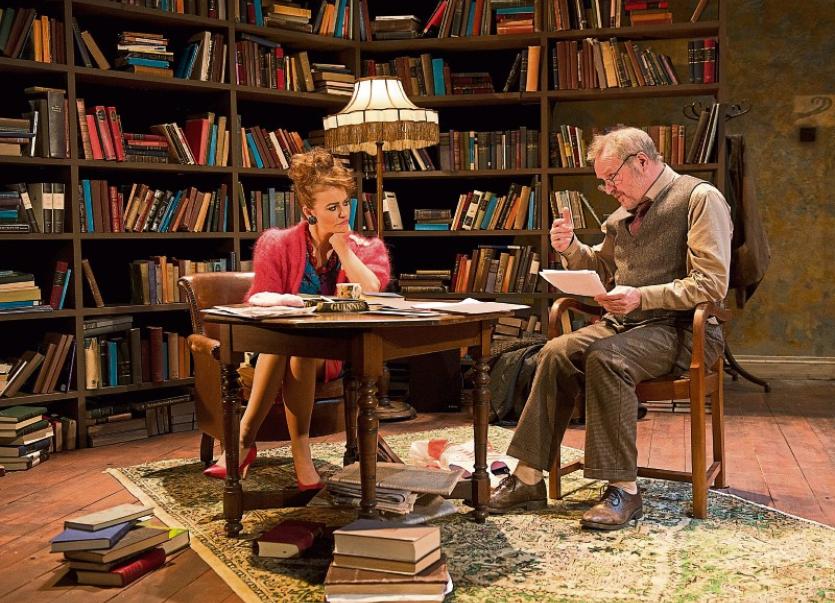 ACTRESS Kerri Quinn has hailed the classic play Educating Rita as “extremely relevant”, despite being first produced in 1980.

Willy Russell's award-winning comedy comes to the Lime Tree in a new production by Emma Jordan, starring Quinn and Michael James Ford in the two hander.

This version of Rita, as distinct from the play and 1983 award laden film, both of which had the central character as a Liverpudlian, is set in Belfast around the same time.

It does however follow the same path, as the wise-cracking, no-nonsense hairdresser from the working-class streets enrolls in an English Literature course, meets tutor Frank and embarks on a voyage of self-discovery.

“We obviously didn't want to get bogged down too much with how grim a time it was in Belfast at that time, because obviously it is very much about Rita and Frank's world and their relationship and their journey,” explains Kerri of the Lime Tree bound play, which has had lengthy runs in Belfast’s Lyric Theatre.

“Our audiences have been very touched and moved, because people can relate to a working class girl that wants to better herself.”

The piece and the part is “an absolute joy to do - it is one of those parts you dream of playing, it is such a journey,” she says.

”The journey she goes on, from an acting point of view, is just a dream come true, because you long to get those opportunities to show your versatility.

“The amount of women that said to me – she literally jeopardises her marriage to get an education – and have seen the play and have said, that happened to me, their husbands left them because they went to (get educated). If you wonder how relevant it is now - the answer is extremely. It is still very much hitting home and connecting with people.”

- Educating Rita takes place in the Lime Tree on March 15 and 16. See www.limetreetheatre.ie