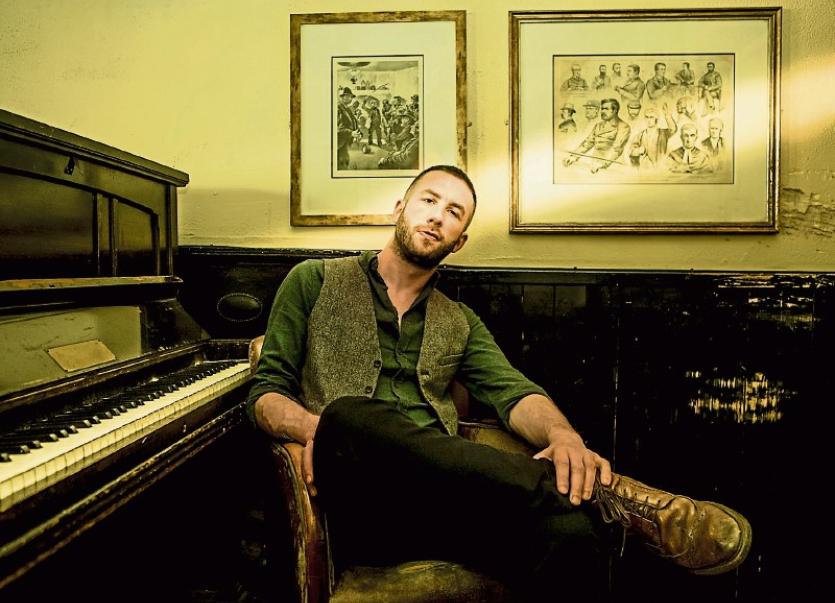 Musician Jack O'Rourke, who has strong connections with Caherconlish

IRISH singer/songwriter Jack O'Rourke, who has firmly established himself as one of the most exciting and talented songwriters in the country following the recent release of his debut album Dreamcatcher in September, has certainly had a ground-breaking two years.

Earlier this year O’Rourke, who has strong connections with Caherconlish, was recognised for his eye-catching lyrics as he won first place in the lyrics category of the International Songwriting Competition.

Having performed his strikingly honest and emotional Silence on the Late Late Show at the back end of 2015, O'Rourke has since continued to grow in stature after performing at this year's Electric Picnic in August.

Silence, which was the Corkman's first release from his Dreamcatcher album, tells the moving story of a young boy growing up gay in county Cork. In it O'Rourke laments about how different he was as a child.

In the second verse of the song, O'Rourke sings: "The boy inside the man plays parts for all except himself," and "his real persona's in a coma, love's left on the shelf."

Childhood was clearly a struggle for the now 31-year-old Cork-born secondary school teacher.

He has described his debut album, which was officially released on September 23, as a journey to eventually have it in him to embrace his sexuality.

The refreshingly honest songwriter didn't come out as gay until he was 25, and revealed that he had been in numerous relationships with females up until the age of which he came out as gay. His songs speak of the human condition with melodic flair, through young but wise eyes.

Speaking to the Leader before his gig at Limerick's Dolans Warehouse last Saturday night, O'Rourke revealed that he was "lucky" to have such an understanding and supportive team of family and friends at the time of his revelation.

“I was very lucky,” he said. “Some people don't have the same support that I had.

“When I came out as gay, I guess it did come as a surprise to my family and friends. Maybe because I wasn't feminine enough, but I always knew deep down that I was gay."

“It wasn't a conscious decision to write about my sexuality. I just knew and felt that it was very raw and honest," the now self-confident school teacher shared.

“The main theme of the album is really about suppression. Of course relating to the suppression I felt about my sexuality, but anybody can relate to suppression, not just struggles with sexuality," O'Rourke said.

In relation to his daring and coming-of-age debut album release, O'Rourke said: "It's obviously very personal. It was autobiographical. All of the songs on the album are a narrative of my journey to self-acceptance.”

“I always wanted to put something out there. I'm always writing. I try to look inward as well as outward,” he continued.

Saturday night's Dolans gig was the singer's second performance at the Limerick venue. He says that on both occasions, “it was like a family reunion,” as most of his family still live in Limerick.

Today, O'Rourke says he enjoys the “best of both worlds” as he balances being a full-time secondary school teacher with his successful music career.