Dancers Angie Smalis and Colin Gee team up for Lenore 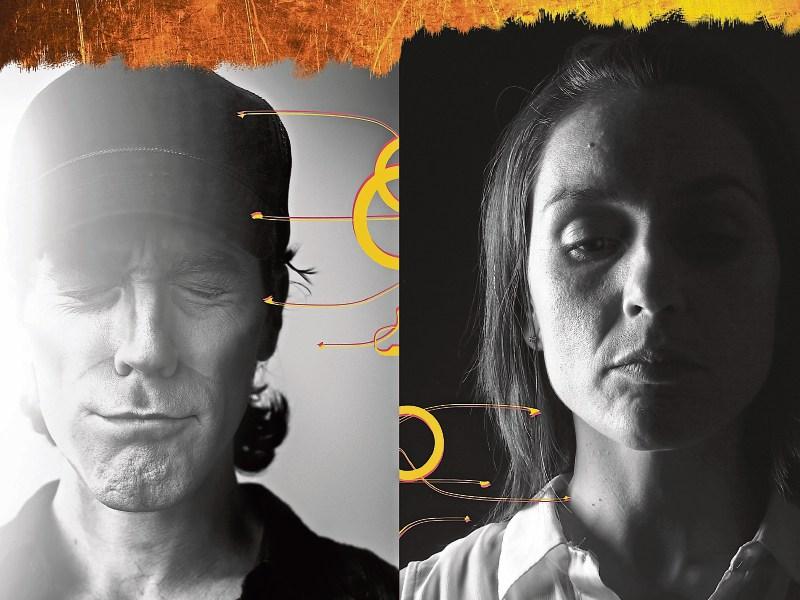 Colin Gee and Angie Smalis in Lenore, which takes place in Dance Limerick on November 10

The piece, based on the 1774 poem by Gottfried Bürger, will be performed in Dance Limerick in November.

Smalis, a Greek contemporary dance artist based in Limerick, says the piece – which will be a one off performance and ensuing video series – explores “the use of performance persona to understand narrative expectations in dance”.

"Lenore tells a circular tale about expectations in which a series of ordinary objects, remade as sculptures, lead her to imagine the circumstance sshe feels they've promised her. Lenore, with her husband William, is led by each object through a fable-like pursuit of reflections, almost to the death, before escaping reluctantly back to the same moment where they began, to begin again.

New York based performing artist Gee explained that the piece uses “humour, narrative and persona, as well as dance, to explore how objects relate to our own impermanence, and our struggle against change”.

"It looks at how expectations are associated with specific everyday objects. The performance draws from the 17th century Dutch still life pictorial tradition of 'Vanitas' - each object proposes a future by representing something she longs for and feels due, however unlikely," he added.

Lenore takes place on in Dance Limerick on November 10. Tickets priced at €10/8 are available on the door.