Mary Lou returns with one woman play to the Lime Tree 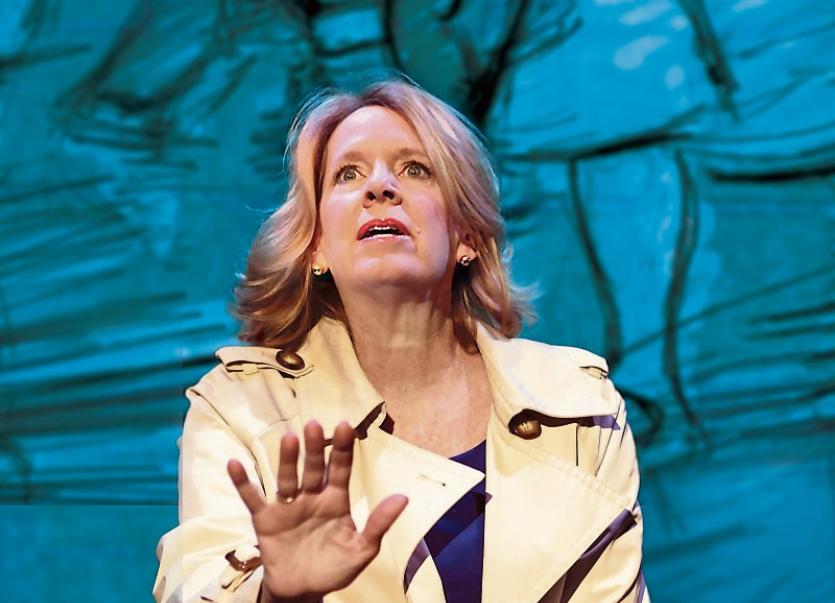 The God Box: Mary Lou Quinlan in the play

The author returns with her one woman hit play The God Box, which was such a success at the Lime Tree on its previous visit that an Irish tour has been organised in 2016, facilitated by Louise Donlon of the theatre.

All proceeds will go toward the Irish Hospice Foundation.

Based on her powerful New York Times bestselling memoir of the same name, Quinlan shares her personal journey exploring the laughter and tears of a family in love, in loss and in triumph.

A vastly experienced business woman, columnist and television personality in the US, Mary Lou was inspired to write about the 2006 death of her mother by stroke first in an article, then New York Times best selling memoir and finally then the stage.

The comic and heart wrenching play tells how, after her mother’s death, Mary Lou discovered ‘God Boxes’, small containers stuffed with hundreds of tiny notes, sharing her mother’s innermost thoughts. The discovery of the boxes triggered her own unraveling, a journey to confront the greatest human challenge – learning to let go.

The show has toured the US, played a 24 night run at the Edinburgh Fringe in 2014, with Quinlan raising around $400,000 for charity to date.

It tells of Mary Lou’s discovery of the notes, scribbled on the run and expressing concerns, hopes and dreams.

She said that the discovery of the notes is “very much the cornerstone of the play”, one that she freely admits has been a “roller coaster of emotions”.

The major difficulty for the businesswoman in telling such an intensely personal tale as The God Box, was not the undoubted emotion involved, but rather that the central character in the one woman play is her and she must portray the events as if for the first time, every time.

“I don’t believe that she was writing it as ‘this is what I will leave behind’, but it was so much a map of her heart and being so close to her, I could just feel the way she thought as I read every one of them,” said Mary Lou.

“The show - it is quite an experience, an hour long show, - goes from having some of the brightest to the darkest times and some of the funniest, because it is like anyone’s story.”

She enlisted the help of experienced theatre practitioner Martha Wollner to co-write and direct, and primarily to marshal her away from her background as a longtime advertising executive and women’s marketing consultant, who would regularly give talks and presentations on stage.

“Work, work, work. I really worked. It is completely different. Whenever Martha catches the speaker in me, she will say, she’s back, get her out of here.”

“Not only the wonderful joy of growing up as her daughter and becoming her best friend, but when I lost her, that was the trigger for all of this.

“I just wanted to keep her in the world and everyone struggles with grief and trying to let go, so for me, my way of coping was to write - and then to put this on stage.”

The God Box is in the Lime Tree this Saturday. See www.limetreetheatre.ie.