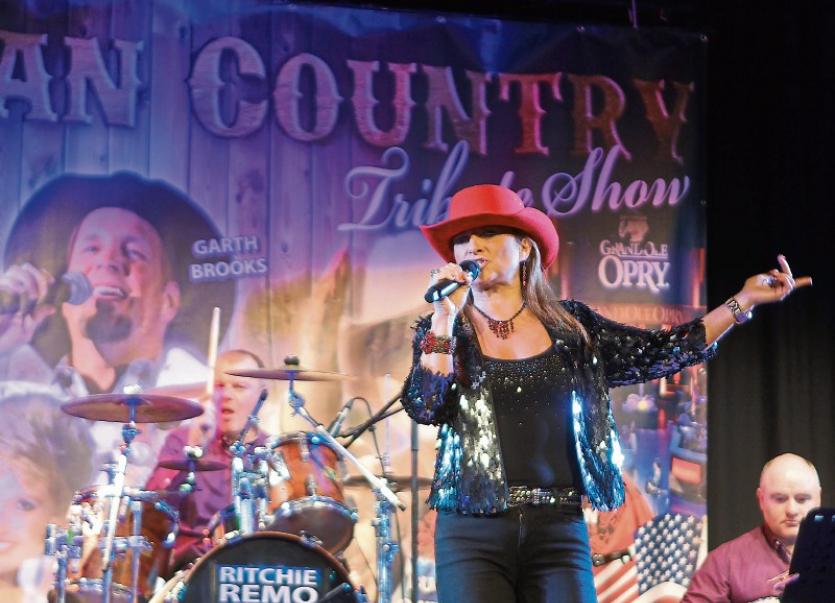 Tracy McAuley as Dolly Parton in The Legends of American Country Show, which comes to the University Concert Hall this week

THE UCH has said it is “delighted” to welcome back The Legends of American Country Show, now firmly established as Europe's number one country music tribute.

Described as “a must for all country fans", the show is performed by four well-known stars, Evan O’Donnell, Joe Moore and Rod and Tracey McAuley who between them have careers spanning over three decades.

Each singer will perform a string of hits from the featured artist, complete with authentic costume changes, all in the company of a live six piece band that includes some of Irelands top session musicians.

To add the finishing touches to what will be a fantastic show, there will be a specially designed stage set to create an authentic ‘Grand Old Opry’ atmosphere, giving the audience that truly American country experience.

Meanwhile, the UCH has announced details of its popular Music Appreciation Series for this autumn, featuring engaging talks by three diverse speakers, the third outing for the monthly event.

Professor Mícheál Ó Súílleabháin will give a lecture called The Carolan Celebration on October 20, Wolodymyr ‘Vlad’ Smishkewych will give a talk on The Evolution of Listening on October 27 and Dr Annina Ahola will give a talk entitled Aida – An Insight Into Verdi’s Masterpiece on November 3, just two days before the Ellen Kent produced version of the opera is presented at UCH with full orchestra.