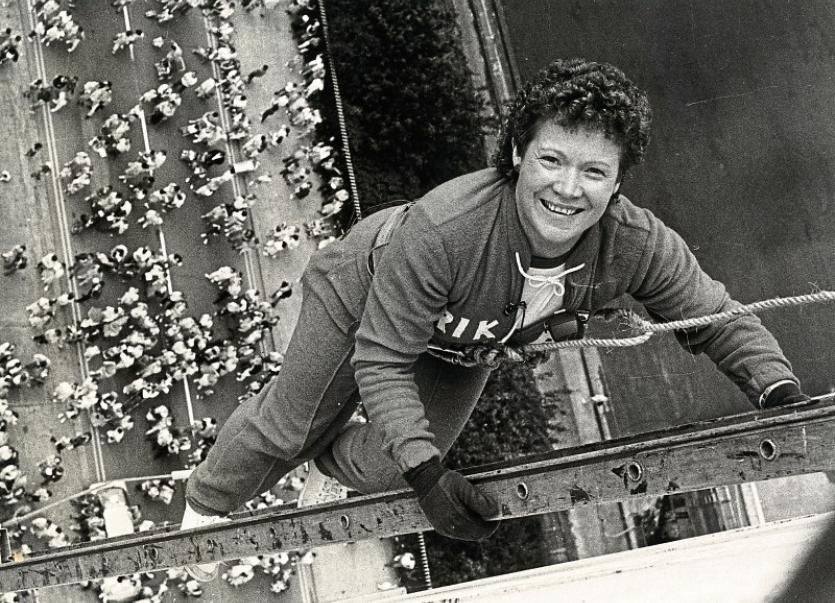 Always look up: Angela pictured in the 1960s climbing a chimney stack

A PASSION for climbing led Angela Collins O’Mahony to success in business that few would even dare to dream of, and to heights that not many women have scaled.

Now 73, the woman who was ahead of her time, has launched her autobiography, The Story of Ireland’s Only Steeplejill, in O’Mahony’s bookstore in the city centre, and said she has been “humbled” by the response to date. She has spent the past seven years writing her story – one she intended would not be a promotion of herself, but an example to others of how they can succeed, regardless of their backgrounds.

The grandmother and mother of four from Kilkishen laid her own path to success one day in the 1960s. On being sent to a site one day, the then secretary for a steeplejack company was unable to attract the men’s attention, and climbed up to the top of the chimney stack to tell the steeplejacks that their materials were ready.

She went on to establish her own business, which employed 62 people at its peak, and even when she became managing director, Angela still scaled 300-foot-high church spires to replace crosses, and 600-foot-high industrial chimney stacks.

She received the first Veuve Clicquot Business Woman of the Year Award in 1980, the Bowmaker Award for Irish Industry in 1986, and was bestowed with an honorary doctorate in 1992.

She founded Collins Steeplejacks, and was managing director from 1966 to 1992 when she retired with her husband John. It is now being run by her son and daughter – Ireland’s second steeplejill.

She was also managing director of Essco Collins Ltd for 11 years up to 1986. After selling her shares in the company many years ago to L3 communications, it ran for 41 years until this June.

The heights never “bothered” her, she said, and during one pregnancy she continued to scale some dizzying heights up to seven months into her pregnancy.

Her 223-page account of her life to date, published by Mercier Press is a poignant, brave, funny, and inspiring recollection about how a young woman from a rural background came to be taken seriously in business in a very different era – when she would tuck up her hair under her cap and try to blend in with the men. 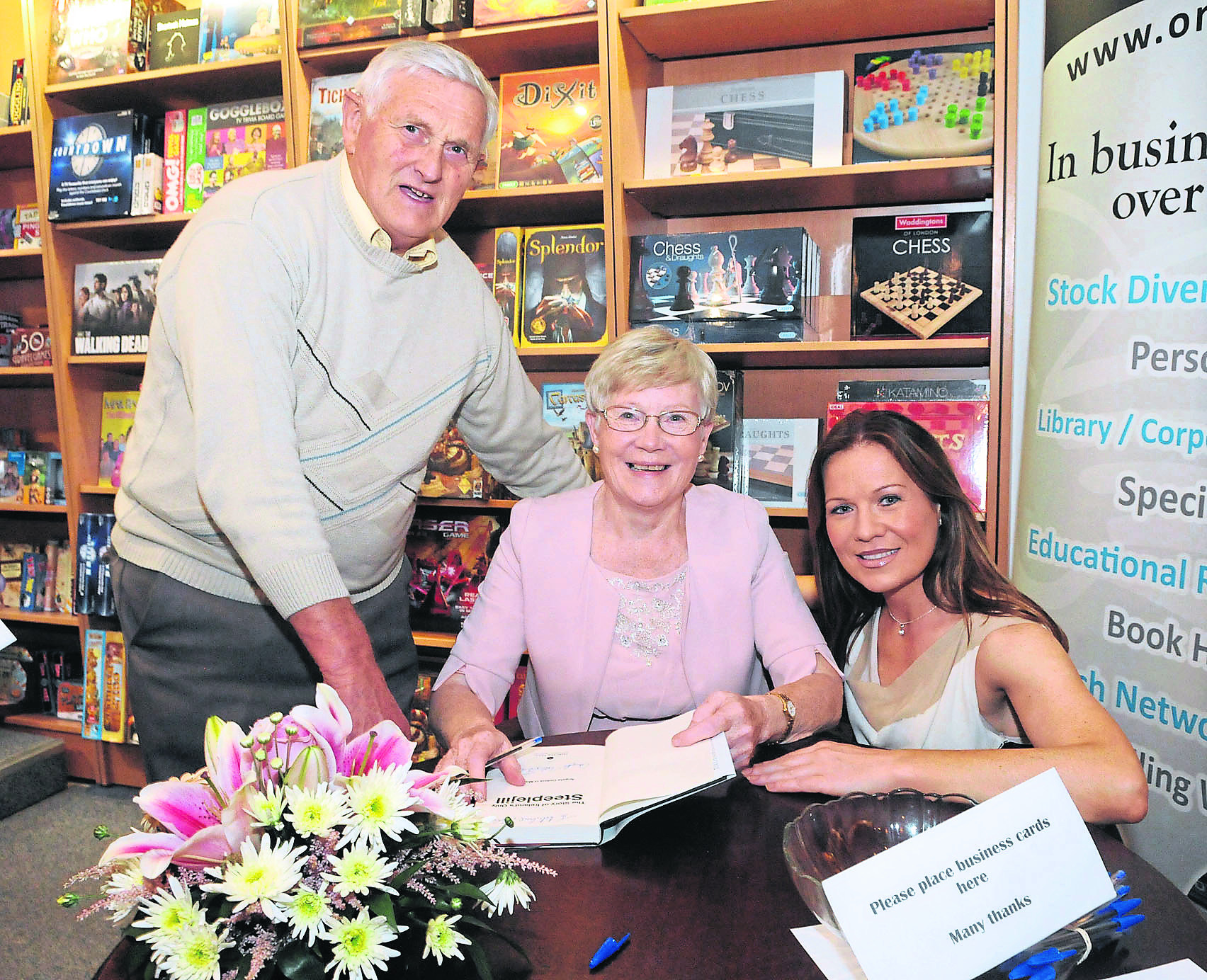 “In the 1960s, as a young girl of 23 and a managing director, I did not expect to be taken seriously so I often dressed as a man when on site and slipped around unnoticed. On the odd occasion in 1968, when I was noticeably pregnant, there were a few awkward moments at a first meeting, but once we started to talk business it became normal.”

It was, she writes, “no handicap being a woman in a man’s world.”

However, she believes that it is tougher to be a woman in business now. “I had a housekeeper and someone to mind my children. It was easy for me, and mortgages were nothing in my time,” she said.

She writes openly and quite movingly about the many different aspects of her life that helped her to be the woman, mother and businesswoman she became, including in more recent years her battle with colon cancer and suffering a heart attack.

“I learned from my father that alcohol destroys homes and we did not follow in his footsteps,” she wrote.

She learned from her mother that “there is nothing a woman could not do”, and the passage on her mother’s death is among the most heart-rending in the book, which has plenty of life and business lessons to offer.

Five days after receiving her honorary doctorate in Dublin Castle in 1992, she received the phone call to say that her mother, 87, had passed away.

Irrespective of her mother’s age, she said “it tore out part of my heart that was never replaced.

“I was just numb as I felt so bad she died alone. Somehow, I always thought we would have a few hours’ notice. We kissed her [in the morgue], did our crying and I whispered, ‘I am late. After all our years together you slipped away without me, with no one to wet your lips or hold your hand.’”

After bringing businessmen to play golf at Dromoland and embarrassed by her own swing, she decided to establish Clonlara Golf Club and the Angler’s Rest in 1986, on a 68-acre of farmland she owned. It was easy to set up, she said, but hospitality is a “tough business”. She later sold it to an English company.

In business, a lot of pieces fell into place for her at the right time. “A lot of it was luck,” she told the Leader this week, adding that she hasn’t at times been as fortunate with her health.

For a woman who admits she “set out in life with no five-year plan and no degree”, her advice to others who wish to succeed is to possess pure determination, be a risk taker, solve problems, be flexible and ultimately, never give up. It is also worth remembering, she says, that: “You can come from nowhere and go anywhere.”

Asked what she most relished when looking back on her career, she said: “The challenge of succeeding”.