From zero to 10,000, Newcastle West author clocks up online readers 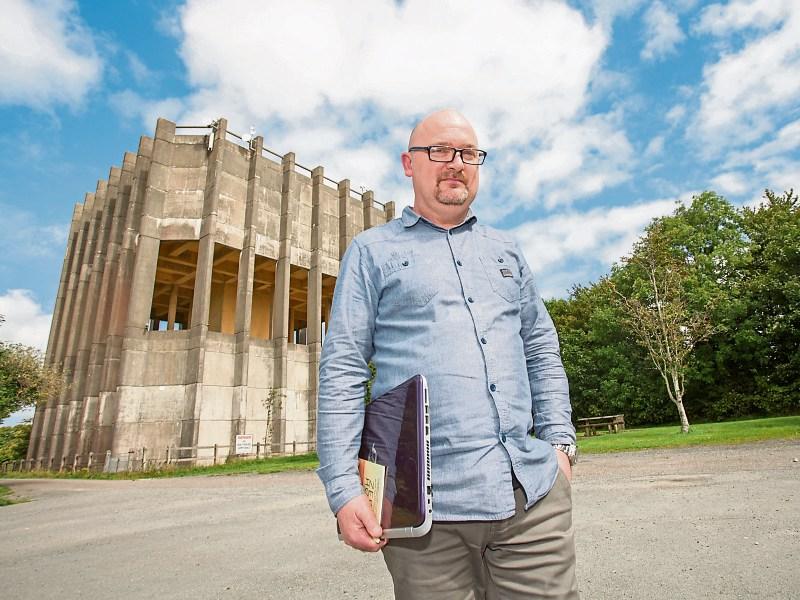 GRIM, dark, inventive and with a twist at the end I never saw coming. This is how Hugh Howey, New York Times bestselling author of Wool has described Zero Hour, the science-fiction novel which has been serialised online by Newcastle West’s Eamon Ambrose.

Already, Zero Hour has clocked up over 250,000 individual page views on the Amazon Kindle Unlimited service and he has sold over 10,000 online copies.

For a first-time writer, these are serious, break-through figures which look set to be increased even further when the last of the six-part serialisations goes out online later this week. And while each serialisationl is also available in on-demand print, , Eamon plans to launch Zero Hour as a hard-copy book as well as an e-book next month.

“There has been some interest from the film industry and from major publishers although for now I’m happy being independent until the best deal comes along,” he explained to the Limerick Leader this week.

Meanwhile, this father-of-three who now lives in Kilmeedy has already started on his second novel, which he says, will be more fantasy than sci-fi.

And, he revealed, he does most of his writing in his car during his lunch-breaks.

But it all began more as a hobby than anything else. A serious and voracious reader when he was young, Eamon returned to reading some years ago on the advice of a friend, RTE presenter Rick O’Shea who recommended Hugh Howey’s Wool. which began as an e-book in various instalsments. and was blown away.

This propelled him into the relatively new world of e-books and on-line publishing and introduced him to a virtual community of writers. “There is a big community out there of independent writers, especially in science fiction,” Eamon explained. He began reviewing science fiction books, both e-books as well as printed books, and quickly became established as a reliable critic. This was copperfastened when he got an exclusive review of the last serial of Hugh Howey’s trilogy. From there, he developed a connection with the best-selling author as well as with other writers.

In all, he reckoned, he reviewed more than 200 books over about two years.

“From watching what they were doing, releasing books, I got interested in doing it myself.”

Zero Hour began as a short story about a soldier who wakes up into a post-apocalyptic world, possibly the only survivor of a brutal attack by machines intent on destroying humanity. But all is now as it seems. Eamon sent the story to to Hugh Howey. “I knew he would be honest. And he loved it.”

Hugely encouraged, Eamon put Zero Hour for sale online, exactly a year ago last Saturday, and very quickly he noticed “something was happening.” Reviews, and good ones at that, were coming in very quickly and in surprising numbers for an unknown writer.

“The initial plan was to write a few short stories and release them one by one, then put them in a book, “Eamon explained. But not long after Zero Hour was out in cyber space, the emails began coming: What happens next, they all asked.

Eamon obliged and obliged and continued to oblige until his original short story had llengthened into a six-part serialised novel,l. “It is written in the second person. That is what people liked about it. It is more immersive.”

He continues to be a firm fan of online publishing and the immediacy and control it gives him over his own material but he is also hoping that his online success will open the way to a conventional publishing deal.

He isn’t planning on giving up his office job just yet. “It is early days as far as I am concerned,” he said.

Go online for your copy at  eamonambrose.com