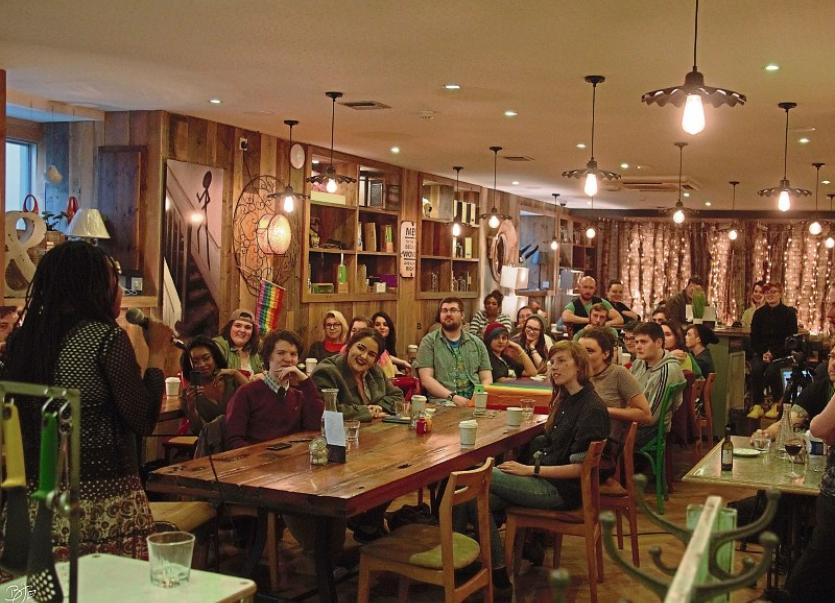 POETS, musicians, filmmakers and experimental artists from Limerick and beyond kept the cultural spirit alive at the recent annual Stanzas ‘Weekend of Words’ poetry festival.

From Thursday, July 14 to Sunday, July 17, numerous events took place in a variety of venues across the city centre, showcasing the best of local and national poets.

Organiser and locally-renowned poet, Shane Vaughan said that the four-day festivities was “a success.

“No one died so that's a good start. But seriously, we launched in a five star hotel, then spoke home truths in the streets for Limerick Pride, then turned Hook and Ladder into a pop up theatre space. We had eight events in six venues with ten guest writers as well as two musicians. So yeah, we're pretty chuffed. We personally felt it was a success. And of course most importantly we crammed almost ninety people into our events and live streamed to hundreds more,” he told the Leader.

Though Limerick lost its bid to be designated European Capital of Culture, Shane reckons that 2020 is “barrelling towards us, regardless. Culture hasn't abruptly come to a screeching halt. Fair play to Galway for getting the bid but Ireland better be on the lookout because we're not stopping any time soon. Do it anyway,” he said.

Before the first day of the festival, Shane said that the weekend of words was going to be a “test” to show off the poetry group’s potential.

“When you put your heart and soul into something you will always wonder what you can do better. Analyse what went wrong. Consider if such and such was right for the group and for the audience.”

He added that funding helped the success of the festival.

“It made a huge difference. Firstly to pay those involved a decent fee. Artists get shafted left right and centre so to say here's your paycheque is lovely feeling. It's also a challenge as now we've set the bar pretty high.”