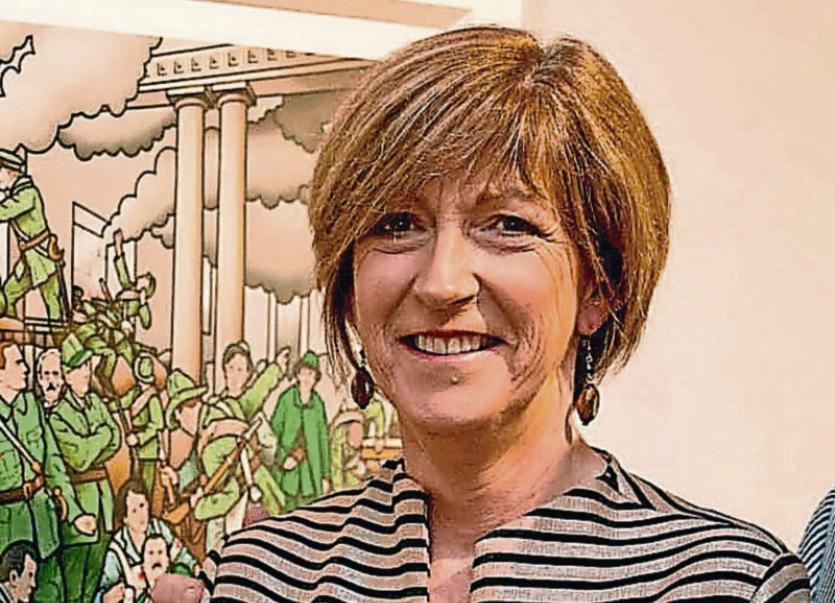 Naomi O’Nolan of the Hunt Museum welcomes the event

A SPECIAL exhibition dedicated to the women behind the 1916 Rising, which will include local female activist Kathleen Clarke, will take place at the Hunt Museum next week.

Kathleen Clarke, née Daly, who was one of the eminent Daly sisters in the influential insurrection which led to the War of Independence, will be featured in artist Ciara Harrison’s showcase, entitled Shadowed Women.

The exhibition opens on July 20 at the Rutland Street museum.

To be displayed in the Prologue Room of the Museum, Shadowed Women features seven “exquisitely embroidered portraits” involving the transfer of charcoal drawings from  photographs to cotton organdy, a material which is “paradoxical in its qualities, being both strong and fragile”.

The finished work commemorates the lives of seven Irish women widowed after the execution of their husbands following the 1916 Easter Rising.

Exhibiting artist Ciara Harrison said: “I wanted to create a series of sensitive works which would reflect the fragility of their life-stories but at the same time portray the strength and sacrifice of these women who lived in the shadow of the Rising.”

Naomi O’Nolan, head of exhibitions at the Hunt Museum expressed how delighted the museum is to showcase these wonderful works during 2016 as part of their 1916 programme.

Born in Limerick in 1878, Kathleen Clarke, who was married to Rising leader Thomas Clarke, got involved with women of different backgrounds, including Maud Gonne MacBride, Grace Plunkett and Muriel MacDonagh amongst others, as a result of the revolutionary activities of their husbands in early 21st Ireland.