Limerick author is ripe for success 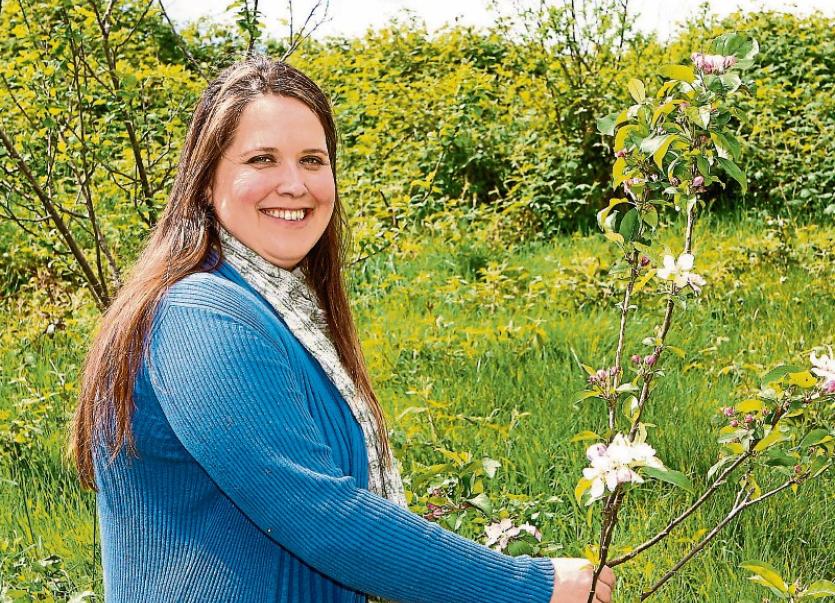 These are just some of the enticing recipes contained in a new cookbook by Theresa Storey, the Ballingarry-based foodie, writer, blogger and Grow It Yourself champion. Entitled Fruit On The Table, it is - as the name suggest - packed full of delicious fruity treats, from jams and preserves to cordials, sorbets, soups, tarts and much more.

Alongside her recipes, Theresa has also included her tips for growing, harvesting and preserving fruit and wild produce.

“Everything I could think of went in,” says Theresa, a qualified botanist.

“I tried to make it as comprehensive as possible in 200 pages. I want it to be a good reference book that people can have in their kitchen.”

Theresa is passionate about locally produced, natural, home-grown food and this ethos is at the heart of the book. As well as producing her award-winning jams, preserves and sauces under the Green Apron brand, she regularly gives talks and demonstrations on growing, preserving, canning and bottling.

“That’s exactly what I want to be doing: encouraging everybody to be growing and making more stuff,” she says.

And she’s not alone. Following decades in which Irish society moved away from the idea of self sufficiency, there is now a growing movement of people growing and producing their own food, as well as a thriving industry of small, locally-focussed food businesses.

“I think there was a big disconnect for a while there. People used to think: don’t grow your own, don’t do your own baking because that would prove that you were poor and you couldn’t afford to buy something, so for a while there nobody was doing it,” she says.

“That has completely changed now. It was starting to change before the recession. Now you should be able to bake and reuse everything and grow your own.”

Self sufficiency has always been second nature to Theresa.

“I just always baked because that’s how we were brought up,” she says.

And now she’s passing on that tradition to her own children; her daughters Athene, 16, and Bella, 18, and her son Alex, 21, (who ran as a Green Party candidate in the last general election) all help out, whether it’s in the garden, in the kitchen or at local farmers’ markets.

And it’s clear that Theresa’s love for food and cooking has rubbed off on her children, with all three having won prestigious awards for their cooking.

Having passed on her passion for fruit to her children, Theresa is now hoping to spread it wider with the publication of her first book.

Alongside scrumptious staples such as apple jelly, marmalades, jams and scones, there are some more unusual recipes such as the intriguingly titled Drunken Pig in an Orchard (that’s pork with cider, apples and sauerkraut) and pirate marmalade (made with blood orange and black rum).

Interestingly though, it is one of the simplest recipes in the book that has been getting the most praise so far:  jam tarts.

“Everybody seems to be making the jam tarts because everybody has forgotten how good jam tarts are,” she says.

“A lot of people are making the goats cheese and tomato tarts as well because, again, they’re quick and simple.”

Well aware that the prospect of making your own jam can seem daunting to many people, Theresa has made a concerted effort to keep the recipes as simple as possible.

“I wrote the book in a seasonal way; I did it the way that we use things throughout the year,” she explains.

“So the first thing we do is make marmalade with marmalade oranges in January and then we work our way through the seasons, so you have the citrus fruit starting off and then you have rhubarb and then going onto your strawberries and crop fruits and then the wild fruit in autumn and then finishing up with Christmas.”

For now, it looks like she may have hit on the recipe for success; the book has been on the hardback bestseller list since it was launched earlier this month.

Theresa admits to being “exhausted” after the final effort of getting the book ready for publication and is now looking forward to a summer of relaxing in her own rather unique way: “What I going to do this summer is have Mom summer camps, so me and all my friends are going to get together for one day a week through the summer and we are going to play with my welder and we are going to make cheese another day and so this is going to be my fun thing for the summer.”

Fruit On The Table, by Theresa Storey is published by The O’Brien Press and is available in all good bookshops and online.

Theresa will be in Newcastle West bookshop this Thursday, June 23 at 5pm to talk on growing, foraging and cooking fruit and signing her book.