Limerick gets ready to Sing out this weekend 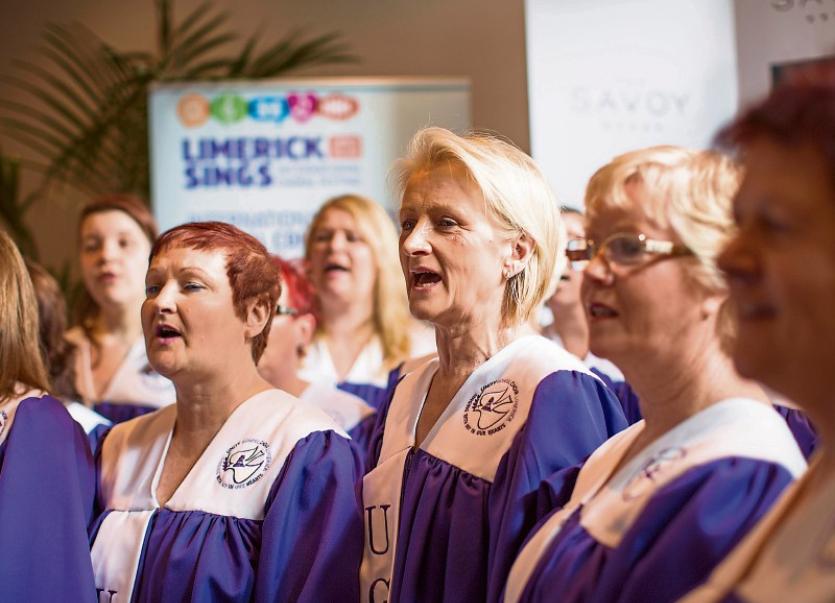 The Unity Gospel Choir will perform at the Limerick Sings festival this weekend Picture: Oisin McHugh/FusionShooters

LIMERICK is preparing to sing as an international choral festival takes place this weekend.

The Limerick Sings International Choral Festival kicks off on Friday, running until Sunday, with events taking place all over the city and county, including the University Concert Hall and Holy Trinity Abbey Church.

The opening concert of the festival – which is backed by Campus Life Services in UL and the UCH – has been moved from St Mary’s Cathedral to the Redemptorists on Friday night, due to “high demand”.

The opening concert, held after the official launch in King John’s Castle on Friday evening, will feature local, national and international choirs, performing works by Palestrina, Elgar and J.S. Bach.

Saturday’s gala concert in the UCH features Limerick Choral Union, the New Dublin Voices and a joint performance of Haydn’s Lord Nelson Mass by several visiting choirs from the USA, accompanied by the Limerick Chamber Players.