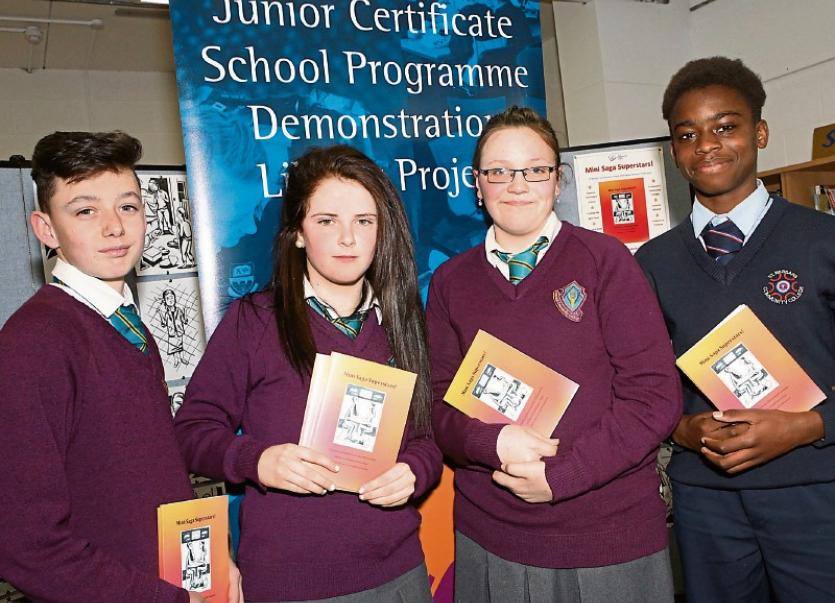 MORE than 30 young, aspiring authors put pen to paper to produce a series of short stories for a creative writing initiative for local schools.

Organised by the local Junior Certificate School Programme (JCSP), a large number of pupils in city Deis schools took part in a “mini saga competition”, and were each challenged to write a 50-word short story.

JCSP librarian and organiser, Jane Bingham-Shee said that the 36 stories chosen for the publication, which was launched on Friday, are a “mixture of poignant, funny, historical and sometimes terrifying tales”.

“I don’t think they [the pupils] believed how nice it was going to be until they saw it. And when they saw it they knew that it was a proper book that they were part of. They were all very excited.”

She said the project has encouraged the pupils to do more creative writing.

“I think this gave them a real boost and a bit of confidence. We are always encouraging them to write and we show them what they can achieve when they put their minds to it. They are published authors, and the book is now in O’Mahoney’s,” she said.

She said that she is already looking forward to next year’s project with local schools.

“Maybe, next year, we will do the same project with younger children, and maybe I can reach out to the local primary schools. I think it would be a nice idea to do a storybook.”