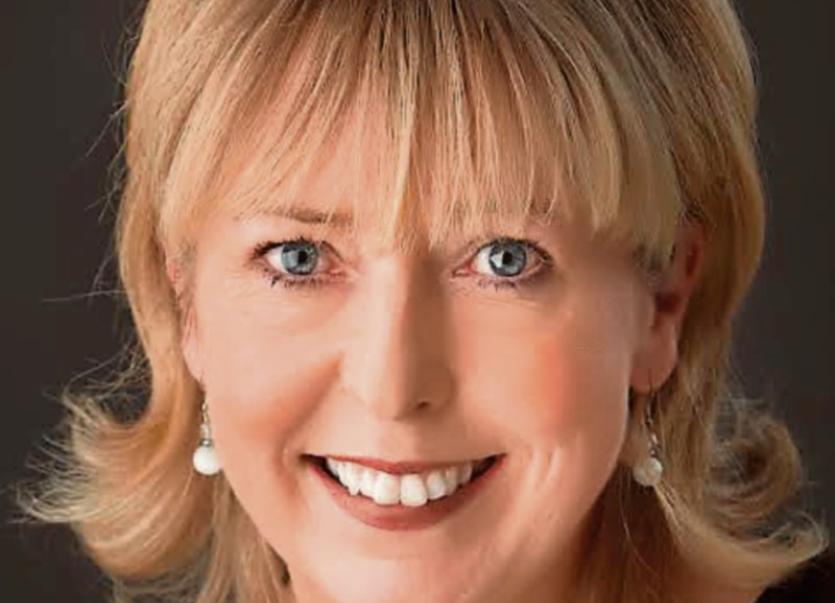 Author Siobhan MacDonald, from North Circular Road in the city

A PSYCHOLOGICAL thriller by a Limerick-based author has just been released by Viking Penguin in the US and Canada, where it is receiving rave reviews.

Siobhan MacDonald, a mother of two, with a background in technical writing, has seen her first novel, Twisted River, launched in America by the major publishing house and hopes that it could soon reach the bookshelves in Limerick.

While the struggles of many authors to get published is well documented, with even J.K Rowling tweeting copies of the rejection letters she received as encouragement to others to keep going, Siobhan told the Leader that she initially “got some lovely rejection letters, which actually made her feel very positive” about her work.

Her debut work tells the story of two couples who swap their Limerick and Manhattan homes on a home-exchange website – somewhat similar to the film The Holiday featuring Cameron Diaz, except without the romantic overtones and a few dark twists.

Kate and Mannix O’Brien live by Curragower Falls, in a lovely house they can barely afford. Kate decides that her family needs a vacation, and is convinced her luck’s about to change when she spots an elegant Manhattan apartment on a home-exchange website.

When Oscar Harvey, from New York, finds the dead body of a woman in the boot of his host’s car, he realises that this is far from the holiday of their dreams.

Siobhan’s own adventurous travels led her to write this work, which she describes as being part of the ‘domestic noir’ genre.

On one particular business trip she returned from a training course to find the grounds of the English country house where she was staying swarming with police. The hotel manager accompanied her to her room in an annexe on the grounds, explaining the police presence was due to the arrival of golfing celebrities.

But the local TV news bulletin in her hotel room told a different story – that of a murder/suicide in the room right next door to hers. The violent events had taken place the previous night as Siobhan was sleeping through the wall.

On another occasion, while on a business trip to Long Island, Siobhan missed the company-arranged transport back to JFK for her flight home. She booked a cab driver herself, who later upon learning of her background in writing threatened to abduct her so that she could write up all his experiences of US government conspiracies. Thankfully, as they approached JFK airport she managed to persuade him to get her as far as JFK whereupon she did a runner and left him shouting and kicking his car in a rage.

Born in Cork, Siobhan moved to Limerick with her family in the 1970s, where her mother was also well known in the dramatic arts.

Fortitiously after one deal fell through, Siobhan secured the deal for two books, as negotiated by Blake Friedmann literary agents in London, who have many award-winning authors, screen-writers and directors on their books. It has been released in the UK by Canelo, a new digital publisher, which has made Twisted River available on ebooks.

Her second, forthcoming novel,  Blue Pool, centres on four university students who spend a weekend in the Burren and one mysteriously disappears.

Twisted River has been praised by the Chicago Tribune as “a terrific debut novel" by MacDonald who "develops her twin stories with masterly control of mood and scene”.

The Toronto Star described it as “a remarkable debut novel [plotted with] breathtaking precision”.

The North American rights to the book were sold at auction to Emily Murdock Baker at Viking Penguin.

“It’s so gripping and page turning, so tightly plotted. It’s fantastic, and I know it will make a great addition to the Penguin list,” said Ms Baker.