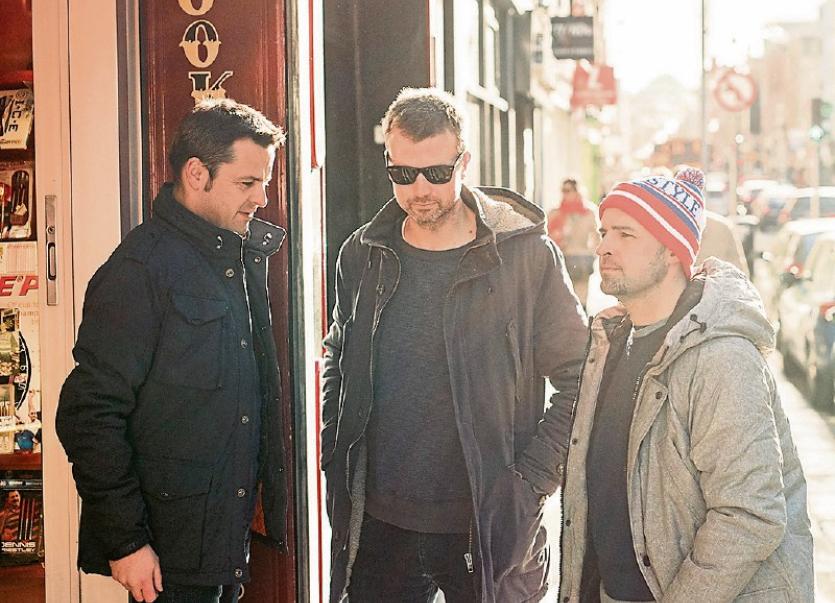 BELL X1 are to return to Limerick for a show at the Big Top on the October Bank Holiday weekend.

The top Irish band, who are due to release new studio album Arms later this year, will play the Big Top venue at the Milk Market on Friday, October 28. Tickets go on sale this Friday at 9am.

The trio – Paul Noonan, Dave Geraghty and Dominic Phillips – played a superb acoustic show in the Lime Tree in October last year and promised to return for a full live outdoor show. They last played the Big Top in September 2013.

Bell X1 are also due to play Mitchelstown’s Indiependence on the August Bank Holiday weekend.

Speaking to the Limerick Leader recently about the new album, multi-instrumentalist Geraghty said Arms, the follow up to 2013’s much acclaimed Chop Chop, which was their third Number 1 and fourth consecutive album to be nominated for a Choice prize, would “break the mould or the formula (we) have used before”.

“I think every time it is about - we kind of instinctively have broken the mould and moved away from what we have done before,” he said.