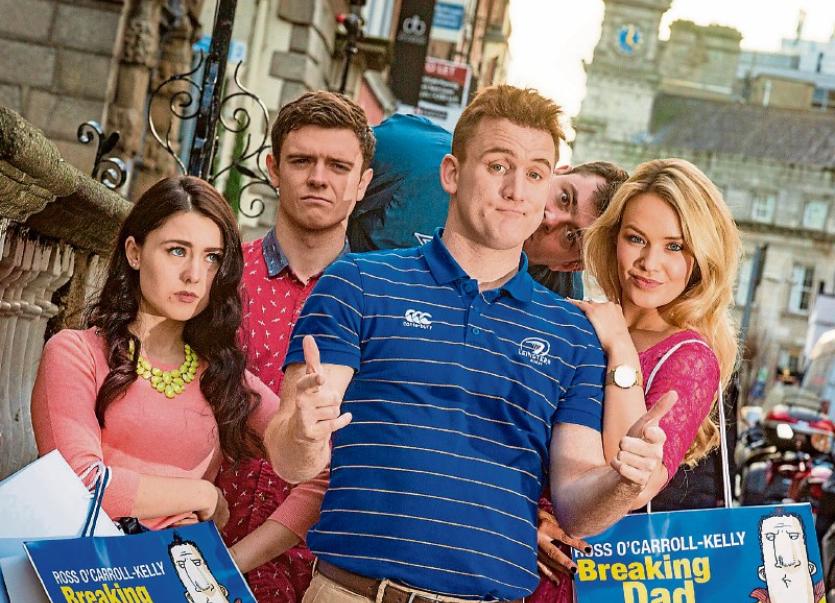 SMASH hit Ross O’Carroll Kelly show Breaking Dad is coming to the UCH for a five night run next week.

And the titular character in the show, lifelong, avid Leinster rugby fan Ross, has donned the jersey of provincial rivals Munster in the run up to it opening in Limerick’s University Concert Hall.

Ross, played by Rory Nolan, is seen reluctantly donning the jersey, singing anthem Stand Up And Fight and kissing the Munster badge in the video, which is online now.

“Can we just get this over with? And you promise you are not going to put this online? Because I don’t want to go viral. If this gets out, I will probably have to move to Limerick,” he says in the video.

The show, written by Paul Howard, arrives after record-breaking sales of over 45,000 tickets, rave reviews and standing ovations nightly during runs in Dublin and Cork. It runs in the UCH from March 29 – April 2

Howard said he was “very excited that Breaking Dad is returning” and was pleased to welcome “three new and brilliantly talented cast members”.

“I’m really thrilled that those people who didn't get a chance to see it on those two occasions will have one last chance to see it, and that we're getting a chance to stage the play in front of a brand new audience, with the premiere in Limerick, at University Concert Hall, where the people love their rugby and love mocking Ross O'Carroll-Kelly types almost as much,” he said.

The show, set in the year 2022, sees Ross entering his middle years without a care in the world, until his teenage daughter arrives home with the captain of the Blackrock rugby team and he is forced to face some harsh realities.

See www.uch.ie for more details and to book tickets for the performance.