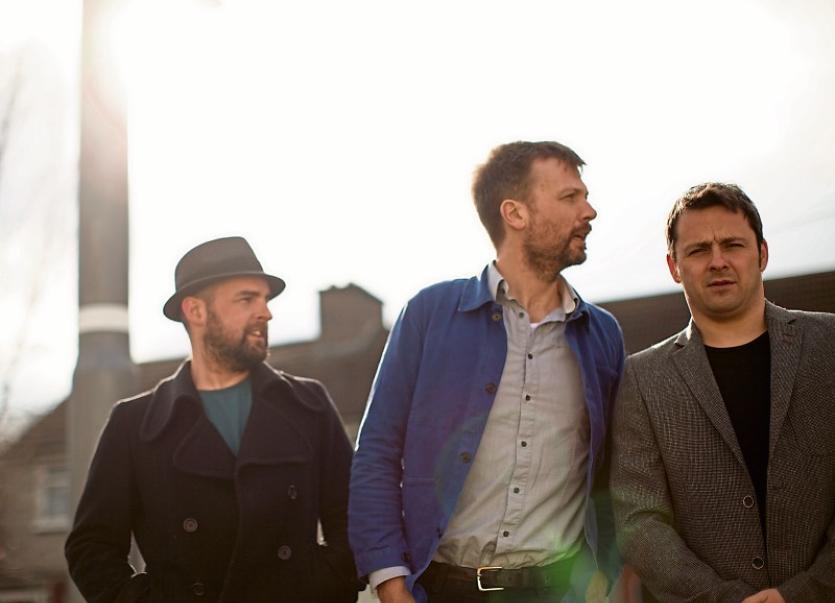 Gaining some Indiependence: Bell X1 – Dave Geraghty, Paul Noonan and Dominic Phillips – are among the headliners in Mitchelstown

TOP Irish bands Bell X1 and Ash join Editors and The Kooks on a very strong bill for the Mitchelstown held Indiependence music festival in July.

The event, the brainchild of UL graduate Shane Dunne, who said the team was “delighted to be back in Mitchelstown for Indie16” for the 11th year of the festival, will take place from Friday July 29 to Sunday July 31.

UK indie legends Idlewild join the billing, along with The Strypes, plus Hudson Taylor and The Blizzards while Little Hours, King Kong Company, Pleasure Beach, Brian Deady, CC Brez, Saint Sister, Coasts and Stephanie Rainey are all set for appearances at the Deer Farm event.

Indie15 was a sold out success in a year that saw the festival grow from 5,000 to 8,000 people, welcoming Kodaline, Basement Jaxx, Ash, Mark Lanegan Band, Jape and many more to Deer Farm, as well as comedy and spoken word stages.

Three tiers of early bird tickets for INDIE16 have already sold out, with weekend camping tickets for the festival now on sale at €119.

Organisers have also announced the return of the Beer Hall Stage, Comedy and Spoken Word, the Silent Disco, Festi-Huts and a wide variety of food options over the course of the weekend, with more announcements “imminent”.

Shane and his team have been quietly growing the festival into a leading light on the Irish music calendar, taking home numerous best festival awards in recent years.

The daily capacity for this year’s festival will grow again to 10,000 per day, double the numbers that attended the first ticketed event in 2009.

For more information and to book tickets for Indiependence, see www.indiependencefestival.com.