Limerick's Caroline Mitchell in running for designer of the year 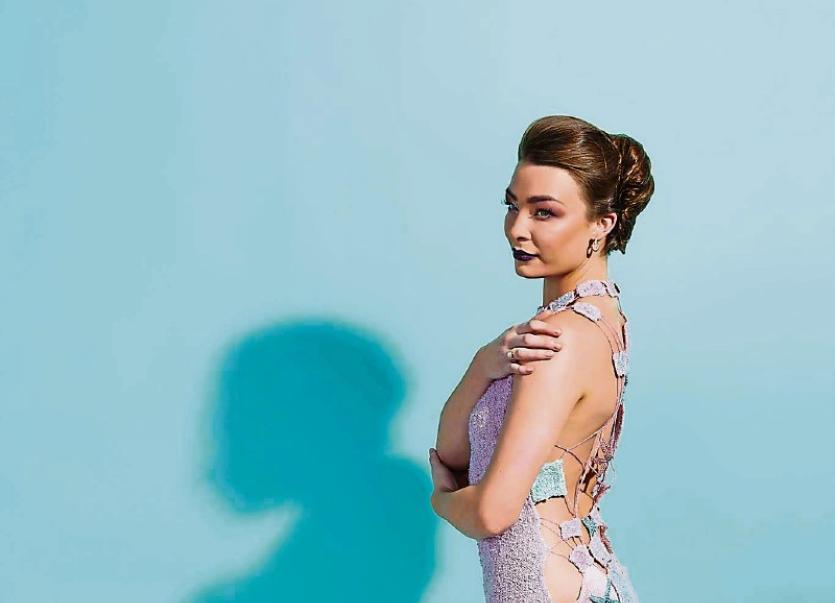 One of Caroline Mitchell’s designs, in a show at the Craft Hub

ONE of Limerick’s top fashion designers has been announced as a finalist for this year’s Irish Fashion Innovation Awards.

Ms Mitchell, who is from Limerick, is also a fashion graduate of Limerick School Of Art and Design. After college, she said she “fell into a job designing men’s knitwear and got hooked".

She started her own knitwear label in 1996 and after several years of wholesaling to shops such as Carraig Donn, Kilkenny Shop and independent boutiques, she moved on to creating mostly bespoke pieces for special occasion, such as for the mother of the bride, and also bridal wear. She also now stocks several shops such as Marion Cuddy in Powerscourt Townhouse Centre.

”My knitwear is cut-and-sew and I love to embellish with hand beading or crochet details. I like to chop pieces up and re-assemble them in different ways, or just do something really simple with an interesting detail. All my knitwear is designed and made in Limerick,” she said.

Ms Mitchell is up against designers Giovanna Borza, Carla Johnson of Mona Swims, and Hannah Mullan and Grainne Finn of the label Tissue.

Other awards include millinery designer, jewellery designer, and accessory designer of the year. One of the lucky category winners will also receive the overall Innovation Award and four up-and-coming designers will also showcase their collections in the ‘ones to watch’ category. The awards will be held in Galway on Thursday, March 10.

“This is the only event of its kind in Ireland and each year recognises the wealth of innovative and creative designers we possess, from students emerging in to the industry to established designers," said Patricia McCrossan, awards founder.