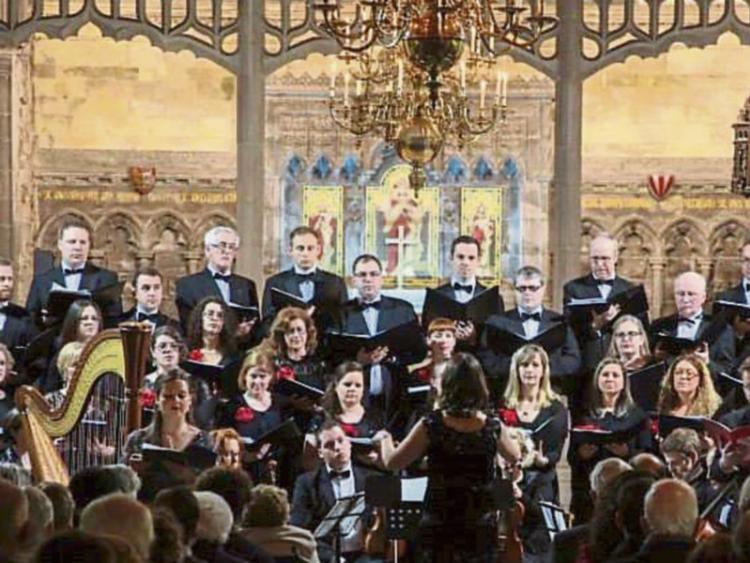 HUGELY popular Limerick choir Ancór will mark its tenth anniversary with a concert in St Mary’s Cathedral next week.

The concert, taking place in the atmospheric surrounds of the Cathedral on Wednesday, December 16, will also double as the launch of Ancór’s recently recorded album Sing Joyfully.

The programme for the concert will feature scintillating music of the Venetian master of Baroque music, Antonio Vivaldi, with a performance of his Gloria.

There will also be well-loved carols for choir and orchestra with special guest vocalists, including Emma English, Sinead Fitzpatrick and Sarah-Ellen Murphy as well as the Ancór orchestra led by Anna Jane Ryan.

Founded in 2005 by conductor Cecilia Madden, this has been a red letter year for the choir, which won five prizes at the Limerick Choral Festival as well as collaborating with other groups.

Tickets for the concert are online from www.litmt.ie or directly from St Mary’s Cathedral. It is expected to be a sell out and festive treats – including mulled wine and mince pies – will be served at the interval.

The album will be for sale on the night or from the Hunt Museum. For more information, see www.ancor.ie or call 061-229956.