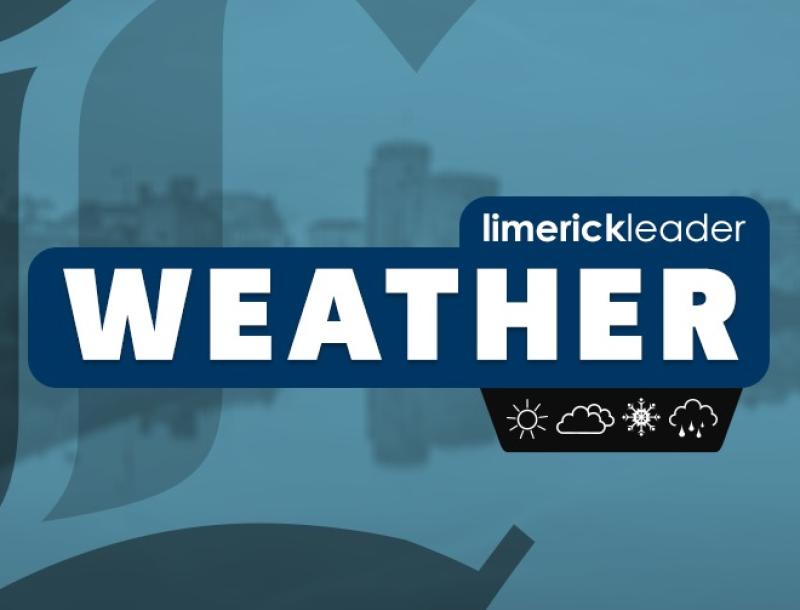 A cold and windy day in Limerick today with bright spells and passing showers. Highest temperatures of 4 to 7 degrees in strong to gale force northwest winds.

Winds will back westerly and steadily ease on Wednesday night with clear spells and scattered showers. Lowest temperatures generally ranging 1 to 3 degrees.

A dry start on Thursday for most of the country, rain will develop in the southwest and spread eastwards later, possibly falling as sleet and snow in some areas initially, then quickly clearing to rain. Highest temperatures of 6 to 10 degrees in light southerly winds, becoming west to northwest later. The rain will clear to scattered showers on Thursday night. Lowest temperatures of 1 or 2 degrees in moderate to fresh northwest winds.

Friday will be a cold day with sunny spells and showers of rain or hail, mainly affecting western and northern coastal areas. Afternoon temperatures of 5 to 8 degrees in a moderate westerly wind. Cold on Friday night with temperatures of 1 to 3 degrees.

Rain is expected for Saturday, widespread across the country and turning heavy for a time, clearing later to scattered showers. Temperatures in the afternoon will be between 9 and 12 degrees in a moderate southwesterly wind.

Current indications suggest temperatures will be higher than typical next weekend with a fresh southerly wind and rain or showers at times.