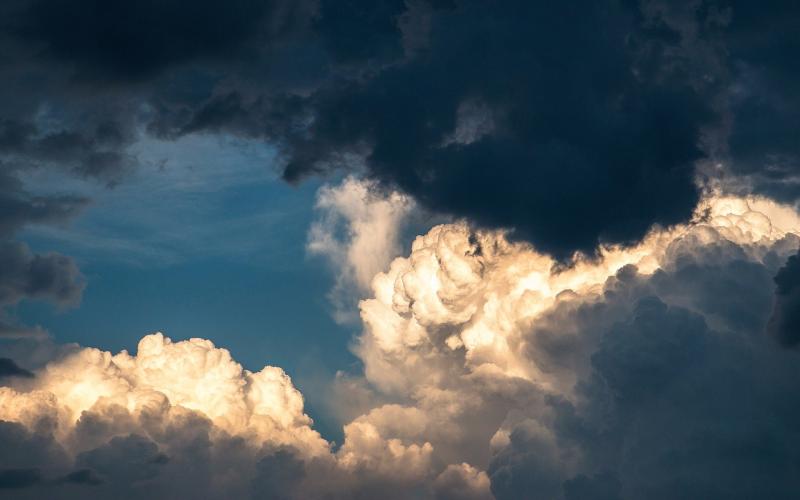 Storms Kim, Ruby and Pól could be hitting Ireland over the coming months

THE list of storm names for the upcoming autumn and winter seasons have been released by Met Éireann, the UK Met Office and KNMI - the national weather service of the Netherlands.

Similar to previous years, each of the three weather services has contributed names reflective of their nation and culture, mainly suggested by members of the public.

Irish names that have made it on to this year’s list include Barra (Finbarr), Méabh, Pól and Seán.  In a recent public vote Diarmuid was put to a vote along with Duncan, Dudley and Dafydd with Dudley emerging as the winner. 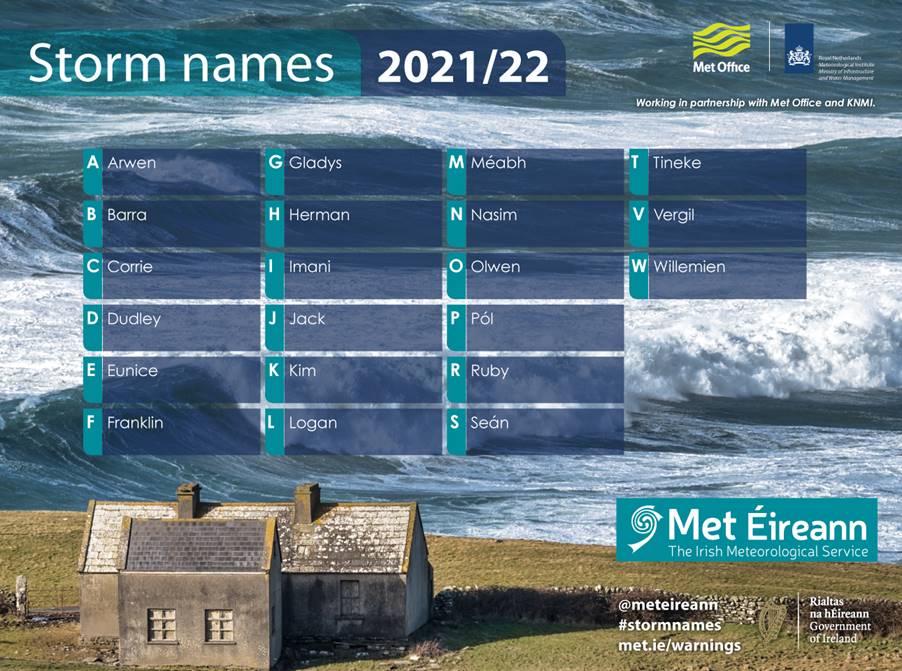 Commenting on the publication of the list of storm names, Met Éireann’s Head of Forecasting, Evelyn Cusack said: “Last winter was relatively quiet with only one storm named by Met Éireann, Storm Aiden at Halloween.  We are now preparing for the autumn and winter months ahead with a new list of storm names for 2021-22 and for whatever weather may come to our shores."

Met Éireann says it will continue to work with its national weather service colleagues in the UK and Netherlands, by continuing to provide a clear and consistent message to the public and encouraging people to take action to prevent harm to themselves or to their properties at times of severe weather.

Will Lang, Head of the National Severe Weather Warning Service at the UK Met Office, said: “We’re all aware of some of the severe weather that has been witnessed across Europe and globally in recent months and we work to use any tool at our disposal to ensure the public is informed of potential risks, and naming storms is just one way we do that.”