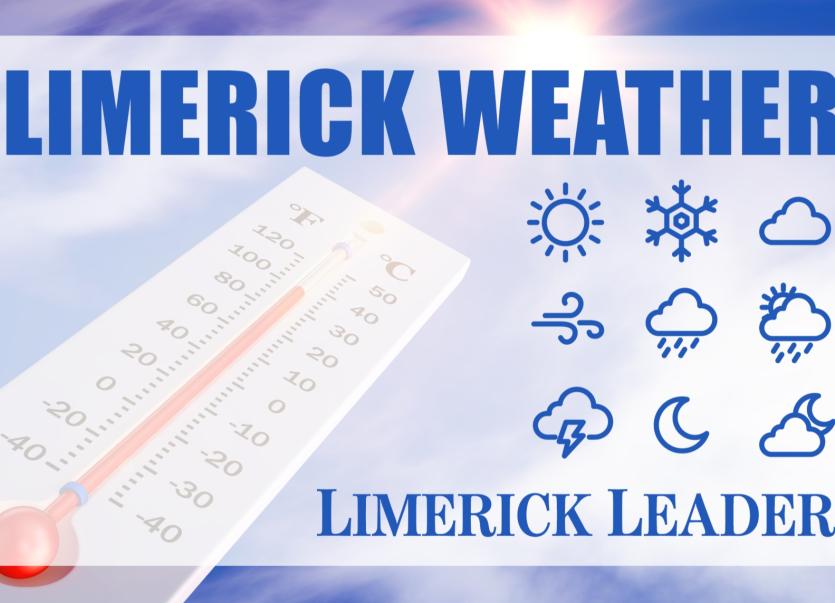 Mist and fog will clear early this morning and it will be largely dry at first with sunny spells and isolated showers.

Showers will become fairly widespread during the morning and afternoon. Most will be heavy with a risk of thunderstorms and spot flooding.

Top temperatures of 13 to 15 Celsius generally in light to moderate northwest to north breezes but reaching 16 Celsius locally.

Monday will bring some sunshine and while there'll be showers across the country, they won't be as heavy and as numerous as previous days, with good dry spells too. Highest temperatures of 11 to 14 degrees in mostly moderate westerly winds.

Monday night will be mainly dry with clear spells and just a few isolated showers. Lowest temperatures of 3 to 7 degrees in mostly light to moderate southwest to west winds.

Tuesday will bring a mix of sunshine and further showers, but with cloud tending to increase from the northwest, with longer spells of rain too, especially in Ulster and possibly in Connacht later also. Highest temperatures of 11 to 15 degrees with in mostly moderate westerly winds.

Tuesday night will bring a mix of cloud and clear spells with some showers and longer spells of rain in places. Lowest temperatures of 6 to 8 degrees in mostly moderate westerly winds.