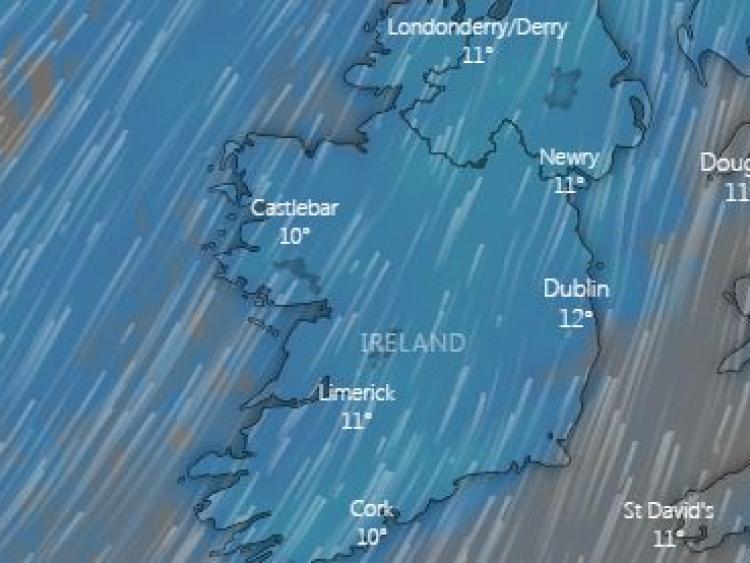 IT WILL be a dull start to the new decade across the country, according to the latest Met Eireann forecast this week.

Across the country, it will be mainly dry and breezy this Monday night. However, after a largely overcast day with maximum temperatures of eight degrees in Limerick, there is expected to be a spell of light rain at around 11pm.

On Tuesday, it will be predominantly overcast and cloudy with maximum temperatures of eight degrees.

On New Year's Day, it will be a very similar affair, but with unseasonably warmer temperatures reaching 10 degrees.

Things are looking a bit gloomier on Thursday with heavy rain between 9am and 10am, with scattered showers thereafter until around 6pm. Limerick is expected to see spring temperatures of up to 12 degrees throughout the day.

It appears we will have our first period of sunshine of 2020 on Friday in Limerick, and is expected to bright and partially cloudy in the morning.

Saturday will be mainly cloudy with highest temperatures of nine degrees.

Conditions will be similar on Sunday, albeit one degree warmer throughout the day.