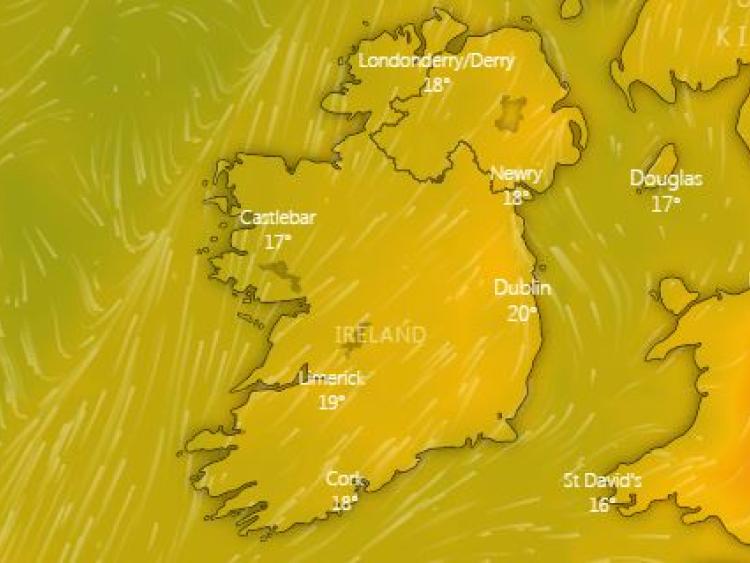 It will be a fairly mercurial week in Limerick and across the country | Picture: Windy.com

FOR THOUSANDS of students across the country, freedom has come to an end as it's now back to the books with the school term back in full swing.

It's a sunny start for those who are back to school, as it will be warm and humid for the rest of the day nationwide. In Limerick, it will be partially sunny until sunset with maximum temperatures reaching 23 degrees in the early evening.

Tuesday will be mostly cloudy with a spot of drizzle occurring in the late afternoon. In Limerick, there is expected to be heavy rainfall in the evening.

Nationwide, there will be scattered showers for the most the day, particularly early in the morning. This will be the same for Limerick in the early morning, and will be partially cloudy for most of the day, with a sunshower spell in the afternoon.

It will be mainly cloudy on Thursday, with maximum temperatures hitting 18 degrees.

On Saturday, there will be an eclectic mix of sunshine, partial cloudiness and rainfall throughout the day with maximum temperatures reaching 15 degrees.

And on Sunday, Met Eireann predicts plenty of rain with mild temperatures reaching up to 12 degrees. Perhaps a sign that summer is well and truly over. Sigh.