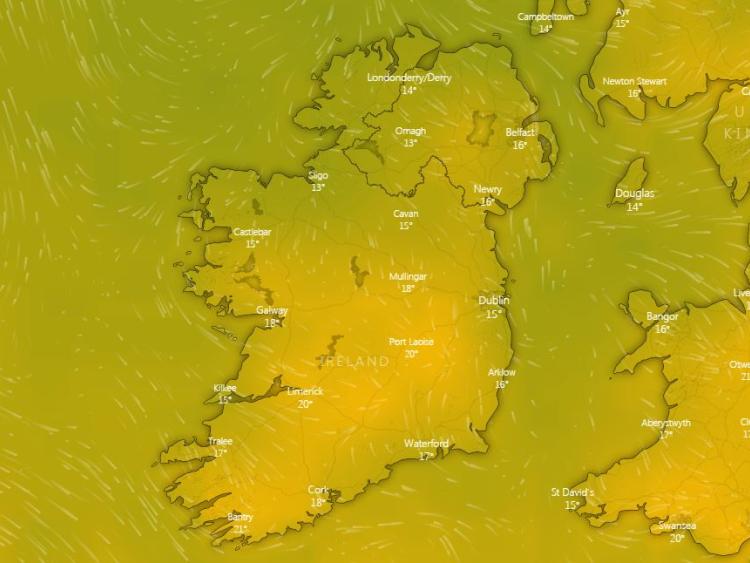 WHILE most of the weekend is expected to be mainly cloudy, people can expect pleasantly warm conditions between Friday and Sunday evening.

On Friday, it will remain cloudy from morning until early afternoon, with temperatures peaking at 18 degrees. This will rise to 19 degrees with partially cloudy conditions, with sunny spells expected between 6pm and 8pm.

Saturday is expected to be cooler with temperatures reaching 18 degrees, due to cloudy conditions for most of the day.

Sunday will be the warmest day of the weekend, with temperatures reaching up to 21 degrees by the early evening. Again, it will be mostly cloudy with a partially clear sunset at 10pm.

We are expecting another warm week next week as temperatures are set to peak at 24 degrees in the first half of the week. We will have a further update on next week's weather on Sunday evening.