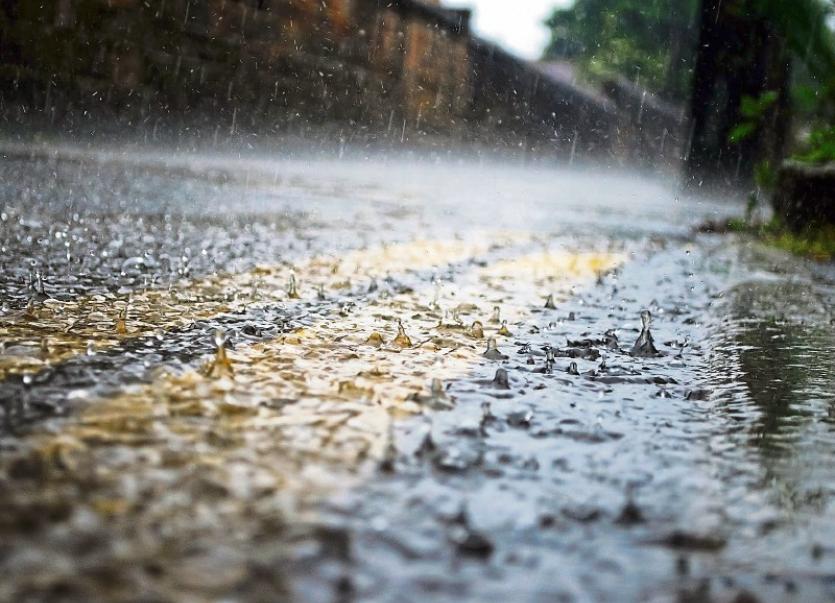 MET Éireann is warning of “significant rainfall” and spot flooding in Limerick between now and Monday evening.

A status yellow rainfall warning has been issued for Limerick and several other counties including Clare, Kerry and Tipperary.

“Spot flooding and hazardous driving conditions in many areas. Rainfall amounts will be highest in mountainous areas,” adds the warning which remains valid until 6pm on Monday.