Hidden painting by Jack Donovan is back on public view 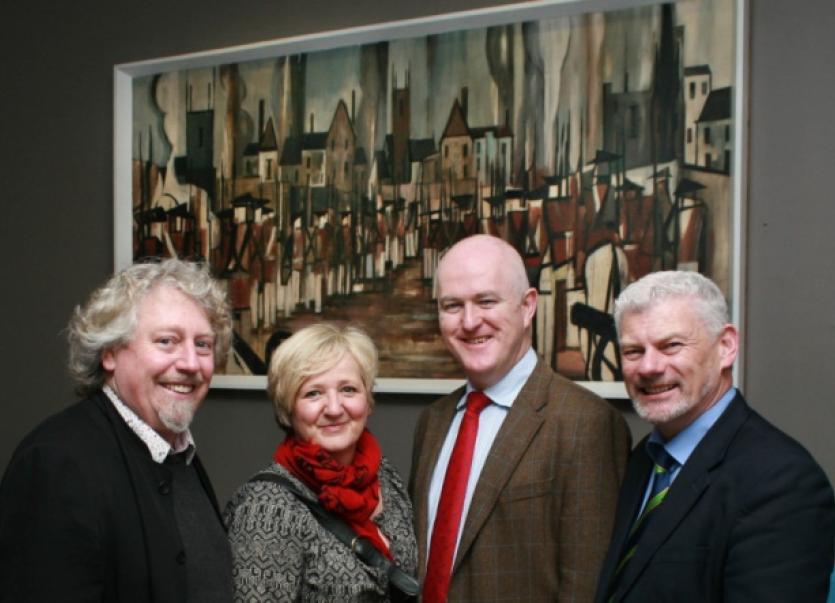 A FORGOTTEN painting by the late, great Jack Donovan has been rescued from the basement of Colbert Station after more than 20 years and has been brought back to its former glory.

A FORGOTTEN painting by the late, great Jack Donovan has been rescued from the basement of Colbert Station after more than 20 years and has been brought back to its former glory.

In a fitting closure to the year of City of Culture, The Siege, measuring eight foot by four foot, has been delicately conserved in Dublin and is now hanging in the restaurant of the Hunt Museum for at least a month. Artist Deirdre Power, who was working on an installation in the railway station, was called in by station master Philip Conway of Iarnod Eireann after he discovered the painting in a corner of the basement. She contacted Jack, her former teacher in the Limerick School of Art and Design, and brought the discovery to his attention. She said he was delighted it had been found this May but sadly the former head of the school passed away about a month later, aged 80.

“It was taken down around 1991, and had been out of circulation for about 22 years. It’s a great homage to his life to have this here today.

“I studied painting under Jack from 1981 to 1985, and he was phenomenal. He was a very caring teacher, offered great encouragement and was extremely considerate,” she said.

Artist Brian MacMahon recalled seeing the painting, which was commissioned by CIE circa 1965, hanging overhead in the station, where the ticket office is now located, for many years before he knew Jack.

Mr Conway said the conservation work - rather than restoration - is “phenomenal”, and said it disappeared from public sight due to renovation work in the station. The full details of the history of the painting are not known, but Mr Conway said it is listed under CIE’s collection, and Mr MacMahon said Jack painted many historical paintings and painted it in a room in the station.

Mike Fitzpatrick, the head of the art school and director of Limerick’s year as City of Culture, described Jack as the “grand-father of the school of painting in his own inimitable style”, and said the public display of this work affords us an opportunity to think about Jack’s legacy. Hugh Maguire, director of the Hunt Museum, said the work nicely compliments their exhibition downstairs, Limerick: My City, My Home.