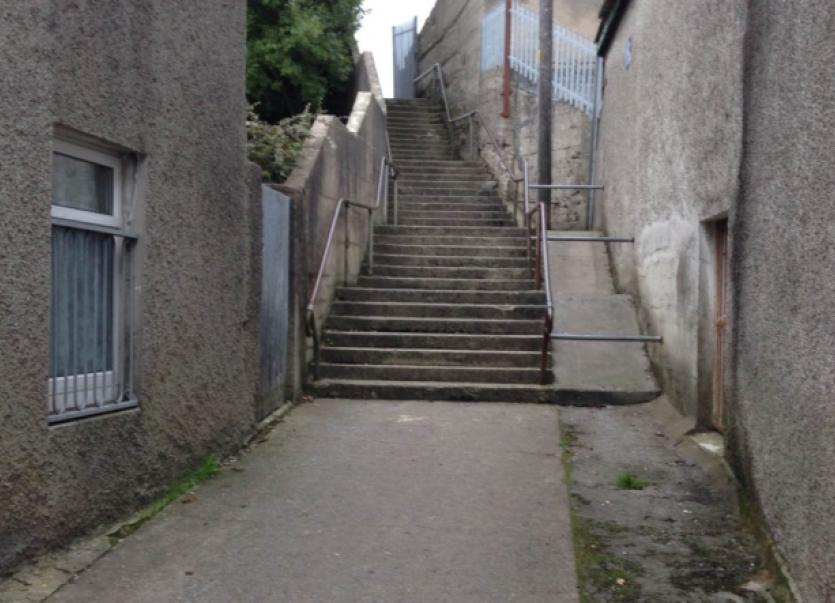 A PROJECT to inject more colour into Newcastle West’s streetscape, and also honour the late poet Michael Hartnett, has been given the thumbs-up by local councillors.

A PROJECT to inject more colour into Newcastle West’s streetscape, and also honour the late poet Michael Hartnett, has been given the thumbs-up by local councillors.

But it remains to be seen whether the proposal will attract the €5000 the project’s backers, the Newcastle West Arts Committee, need to make it a reality.

The project would see the Mass Path steps, from Maiden St to Assumpta park, get a colourful and literary overhaul. But it also includes developing dramatic murals along one of the town’s newest lanes, Snicket Lane, linking Boherbue and Meadowcourt.

Last week, three members of the Arts Committee attendeed a meeting of the Newcastle West Municipal District in a bid to convince councillors to back the project.

Arts committee chairperson, Vicki Nash told them the project would be led by local artists Marian Sugrue and Micheál Rowsome but would also involve pupils from the town’s five schools.

“Discussions with principals in all schools have been supportive and enthusiastic,” Ms Nash said. “Art teachers will paly a part in each case and we are confident that there will be a great deal of interest among the general public as they watch the art develop.”

The Arts Committee envisages the work will be done on the Mass Path in late spring/early summer and on Snicket Lane during the autumn school term.

The Mass Path, Ms Nash explained in her presentation, is an historically important route in the town and one also linked with the late poet Michael Hartnett, who was born in Maiden Street but later moved to Assumpta Park.

“The Mass Path would have been walked infinite times by Michael Hartnett so he will be a significant influence there, including words and phrases from his poetry,” she said. These could be on the risers of the steps, she added and the project also included some artwork along the walls. Students from the Courtenay Boys School (attended by Michael Hartnett) and from Gaelscoil O’Doghair and the Desmond College could be involved in this project, she explained.

Snicket Lane is a favourite shortcut and gathering place for Scoil Mhuire agus Ide students, Ms Nash continued, but the project would also include pupils from Scoil Iosef. Mosaics and murals are envisaged, using found materials where possible.

“In both cases there will be a great deal of planning in the design and it will be done in a creative and sensitive way,” Ms Nash said.

The total cost of the project is estimated at €6,000 with €1,000 to come from the Arts Committee and a contribution from Tidy Towns.

After the delegation left, chairman of the municipal district, Cllr Jerome Scanlan welcomed and praised the initiative. “It’s a great idea,” said Cllr Francis Foley, while Cllr Liam Galvin said it should be considered.

“Put it on the list,” said Cllr John Sheahan, while Cllr Seamus Browne said he believed it would save the council money in the long run. Cllr Michael Collins welcomed the proposal for Snicket Lane in particular, pointing out that that area had, in the past, suffered from some anti-social behaviour.

Earlier, councillors had agreed to hold a special meeting to consider how best to handle the newly established General Municipal Allocation, which gives €275,000 to the Newcastle West district this year.

It is up to councillors to decide which projects are funded from this allocation although the categories have been set out as Tourism, Roads, Pitches and Parks, Community Initiatives and Special Projects (economic projects).