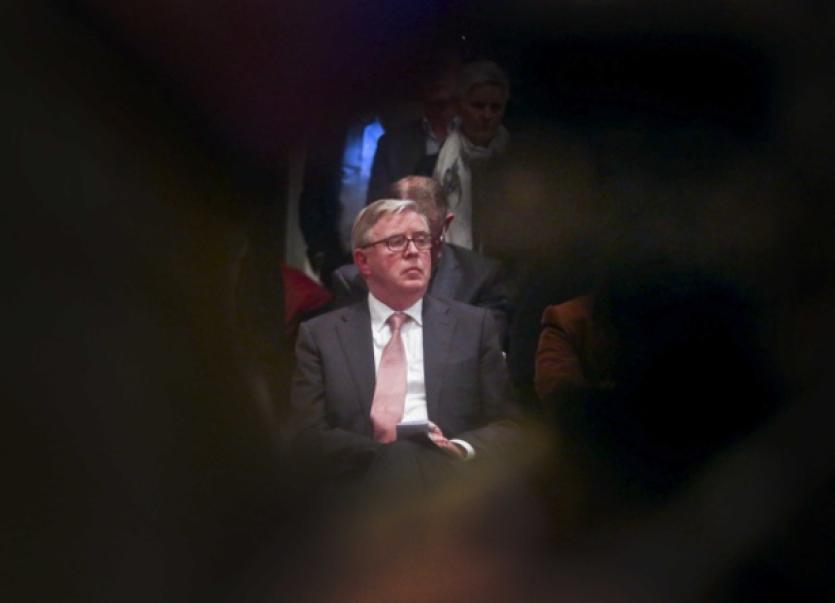 LIMERICK City of Culture board chairman Pat Cox has called for “breathing space” to attempt to correct the issues that have plunged the project into disarray.

LIMERICK City of Culture board chairman Pat Cox has called for “breathing space” to attempt to correct the issues that have plunged the project into disarray.

The former European Parliament president has attempted to ease the swirling hysteria around City of Culture, which has seen its artistic director Karl Wallace and CEO Patricia Ryan resign in controversy just days into the start of the year.

Speaking this Monday, Mr Cox said that the board need to “work on what interim arrangements we make about the management side of what we are doing” in the coming days and requested space to do so.

“Right now I am taking the responsibility to, as chairman, bring us to a point in the coming days, at the latest by the end of next week because I have to look at the board and so on, to press the reset button,” he said.

Asked if he would like to see the posts advertised and filled in a transparent manner - unlike Ms Ryan’s appointment which drew criticism as it was not publicly advertised - the chairman said: “Yes, clearly, self evidently, after all of this, that is the case.

“This poses some challenges - this is not about transparency, don’t misunderstand what I am saying here - but I think we need to have a discussion about the nature of the post, do we want two posts or one? I think we need to have some discussion around this to get the balance right, and I want a bit of time to hear people out, good people and it is not that I have a particular view at this stage, but we better get it right.

“I think getting it right, and that has to be soon...it is better to get it right than get it early and get it wrong. I just want to make that point - in the coming days we need a chance to check this out.”

Mr Cox intimated that board had already agreed in principle to “expand and bring some people in” from the artistic community in Limerick, and was also likely to feature local authority representation within its reshuffled ranks.

“If this was the private sector and I was CEO and needed to urgently fill an appointment, I would call a headhunter today to find five or six people willing to do an interview, and I would do that,” he explained.

“That is the kind of methodology in a way that Conn Murray (Limerick manager) did and it has led to all of this, so we simply can’t do that. Of course that is the way it would be done in organisations with an urgent need to identify those key personnel, (but) given this controversy, given the publicness of it all, given the requirements of the circumstances we are happy to go this route, but this route will simply have to be given its breathing space.”

Mr Cox ruled out any prospect of Karl Wallace returning to his post, or his programming team, two of whom tendered their resignations along with him on December 30.

“No one asked Karl Wallace or his colleagues to resign and they made their choice and we have had all of the issues that have followed since that,” he said.

“The board has made a decision with regard to the various resignations, that there is no going back, there is only going forward, and that is the decision.”

Speaking in November when the controversy about Ms Ryan’s appointment broke, Limerick city and county manager Conn Murray staunchly defended the process of appointing her to the to the €120,000 position.

“The board – which is made up of a serious number of people – ratified the recommendation made. Pat Cox had no involvement, high up or low down, in the process,” stressed the Limerick manager.

Mr Murray cited the “exceptionally tight timeline associated with City of Culture” for his decision to personally identify candidates, meet with them and then recommend Ms Ryan to the board.

A heated meeting attended by more than 500 people in Limerick city last Friday saw calls for her resignation.

One of those, John Greenwood, spokesman for the Professional Artists Network in Limerick, said after her decision to step down was announced that the resignation was “not a victory but we do welcome it as something that just had to be done”.

“This was never about Patricia Ryan’s character,” he said.

For more on this story see the Limerick Chronicle tomorrow and the broadsheet editions of the Limerick Leader, in shops on Thursday.