Saucy painting by Limerick artist Shinnors sells for close to €3,500 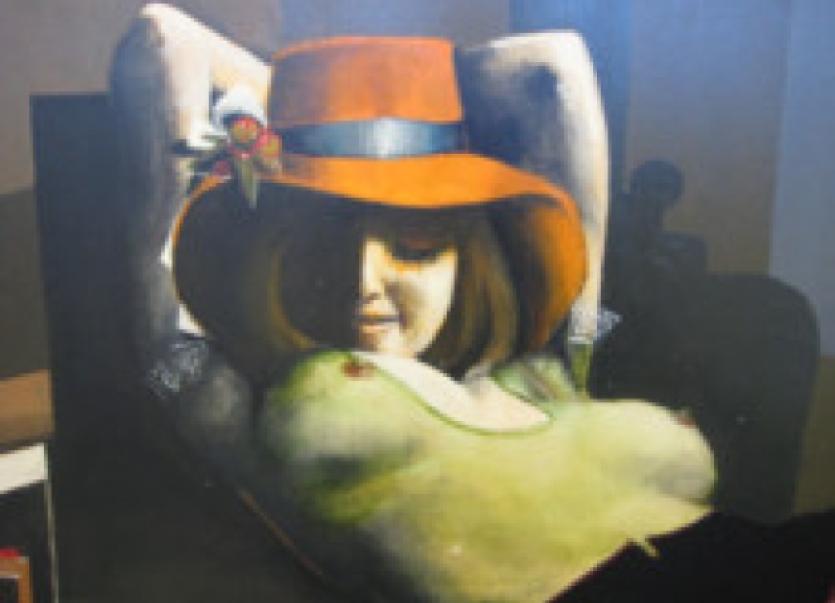 HE is currently known more for his abstract work, but back in the 1980s Limerick’s most famous artist John Shinnors was still developing his artistic eye.

HE is currently known more for his abstract work, but back in the 1980s Limerick’s most famous artist John Shinnors was still developing his artistic eye.

A painting of a scantily dressed woman by the prominent artist some 30 years, was recently put up for sale at Limerick Auction Rooms on the Ballysimon Road.

The provocative painting, entitled Property of a Gentleman: Lady Reclining, shows the woman in a near state of undress, while still preserving some of her modesty. While many of Shinnors’ more modern, large scale works can fetch anywhere up to €50,000, this particular piece from his early period commanded a figure of between €3,500 to €5,500.

Measuring 57 by 36 inches, the signed work is understood to have fetched close to its minimum reserve, according to sources in the room on the day, but auctioneer Daren Parish was remaining tight-lipped about the sale price.

Speaking to the Limerick Leader, Shinnors said that the painting was one of a set of three in a similar style, inspired “by the glamour of the 1960s and 70s”, which was commissioned by Michael Fagan, the then manager of the Glentworth hotel in the city.

However, he has no idea where the two other pieces in the set may have ended up. “In this business, I don’t know where two-thirds of my paintings are. People go through difficult times and pass them on and sell them. Paintings go in all different directions for all different reasons,” he said.

Regarding the identity of the woman in the painting, he laughed off suggestions that it may have been a former girlfriend, saying there was no shortage of models willing to pose in that era.

The painting is not dated, but he believes it may have been painted circa 1983.

The 63 year-old artist is due to exhibit his work in the city this March in a collection of some 20 artists who have had an association with the Limerick School of Art & Design over the past half century.

Featuring work by other well known artists such as Jack Donovan, Minister for Finance Michael Noonan has agreed to open the currently untitled exhibition in the school on March 28.

Aside from this forthcoming exhibition, Shinnors told this newspaper that he is not overly enthused by the year of City of Culture, even aside from the controversies that have beset the inaugural hosting.

“At the end of the day, it’s not going to make any difference to the ordinary people of the street because 75% of people are uncultured anyway, and the only time they develop some sort of interest in it is if their sons or daughters or grandchildren are involved in some event”.