Something Wilde: Oscar tribute in Limerick 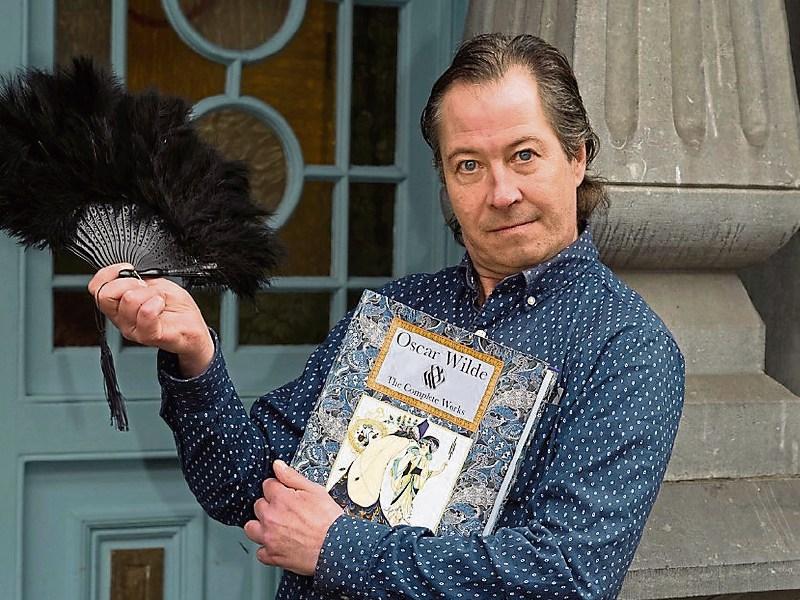 “I DID a degree in finance in UCC. So naturally, my parents were delighted when I told them I wanted to become an actor.”

So explains Myles Breen a self-confessed Oscar Wilde superfan, who is staging his show, Wilde Fan, in Limerick this November.

“The play does exactly what it says on the tin,” says Breen, “but there’s deep cuts in there for Oscar Wilde buffs like myself and for people who just know the classics.”

Breen says he’s been a fan of the Irish liteary icon since he was a teenager, and studied The Importance Of Being Earnest for his Leaving Certificate.

From there, his fandom of Oscar Wilde blossomed.

“There’s this fascination with the life, his amazing rise to fame and celebrity, and then of course he had it all taken away from him with his affair with Lord Alfred Douglas.”

“And away from all that, as an actor, it’s a pleasure to say the words that he’s written.”.

“The show is a personal fan letter. We’re taking pieces from different works, so hopefully audiences will find a few surprises in there. We have an excerpt from Dorian Grey in there… but not the scene you expect!”

Discussing the structure of the play itself, Breen said the play is an exploration of the life of Wilde.

”We’re going through some poetry and personal letters, and using his plays to find out what kind of person Oscar Wilde is, and why he holds such a fascination for me, personally.”

When asked why Wilde has endured in the culture moreso than arguably any other writer, Breen was enthusiastic in his reply.

“He’s known for his comedies, but there was also an undercurrent of darkness to him.”

You have plays like Salomé and John The Baptist, that are incredibly dark stories, and are very poetic.”

In the play, Breen says there are excerpts from the play The Happy Prince – the only Wilde play Breen has ever acted in, way back in 1986.

”I’ve been a fan of Oscar since I was a child, I’ve spoken his words and know his story, so I hope the audience has as much fun with my play as I did writing it,” revealed Breen.