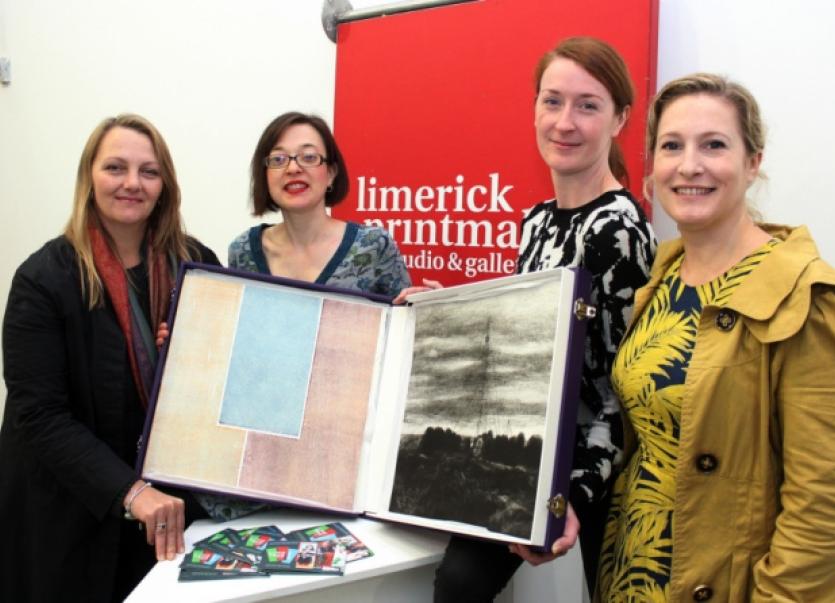 LIMERICK Printmakers have teamed up with the Lime Tree to curate the exhibition space in the former Belltable.

LIMERICK Printmakers have teamed up with the Lime Tree to curate the exhibition space in the former Belltable.

The collaboration was launched this Monday in 69 O’Connell Street and will see a wide variety of exhibitions take to the walls of the venue until March of next year.

The Printmakers have been based in John’s Square since 2014, but hope that curating the city venue will help add both to its visibility and bring its work to a larger audience.

“Limerick Printmakers lost their space in the city centre and we just thought this would be a really good fit, because they are doing great work,” explained Gill Fenton, marketing manager with the Lime Tree, who are managing the former Belltable on an interim basis.

“We had the gallery space and we needed somebody to curate that, with the experience that is required for that. It is a brilliant fit and it is going to kick off on October 15 and they are going to curate this for the next few months,” she added.

Printmakers manager Jess Tobin said the studio and gallery was “feeling very positive about the collaboration”, which will begin with an exhibition by Martina Gleeson, winner of the Tom Fox Painting Award last year, on October 15.

“We are really looking forward to it, we are always very positive and look forward to contributing to the very vibrant arts scene within Limerick and exhibitions are a great way of being extremely visible and promoting our members and printmaking in general,” explained Jess of the studio, which has around 50 members currently.

It was set up in 1999 by three LSAD graduates and is “committed to promoting printmaking as an art form and supporting printmakers by providing a professional open access printmaking studio, exhibition opportunities and education program”.

“We offer a range of services, kids and adult classes, mobile printmaking in schools and festivals - but for us, exhibitions, especially in such a central, well known and arts-related location like 69 O’Connell Street, is fantastic in terms of promotion, visibility and getting out there and have a very public face, meeting the public and letting them know what we do,” said Jess.