No hallucination as historic Limerick building opens its doors to artist 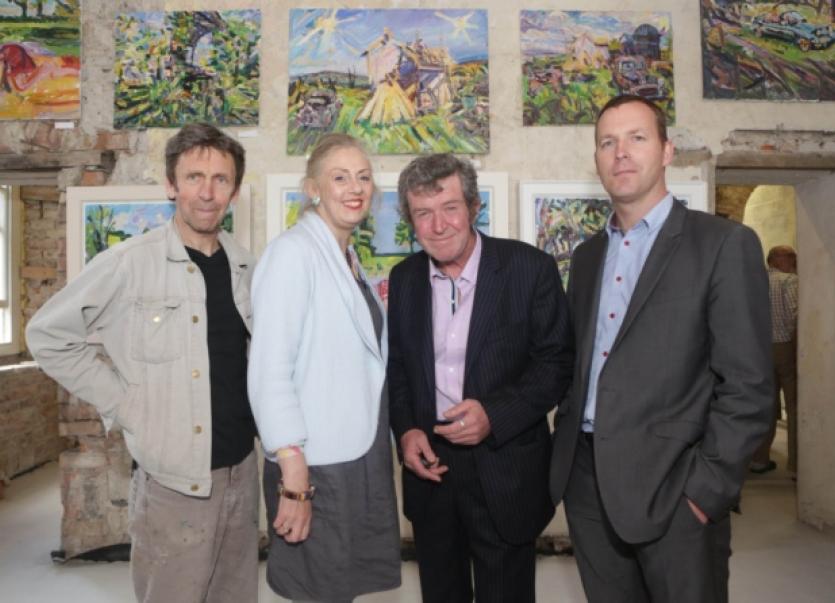 ART is breathing life into a long disused space with the opening of a unique collection of paintings by Limerick artist Brian MacMahon.

ART is breathing life into a long disused space with the opening of a unique collection of paintings by Limerick artist Brian MacMahon.

Real Hallucinations is being hosted in the historic Sailors’ Home on O’Curry Street, a Victorian building that has been unoccupied for two decades.

The 110 strong collection, an exhibition of work from over 40 years, opened last week after the culmination of nearly ten months effort by curators Katie Verling and Tom Prendergast - under the auspices of the Limerick Arts Encounter programme.

The building was extensively renovated two years ago by its owners Shannon Foynes Port Company, who made a further contribution to make the space available for MacMahon’s showcase.

Over 200 people turned up to the launch, testimony to the strong interest in the Ennis Road’s artist’s retrospective.

“It’s very strange and a great buzz to see all your work over 40 years assembled under one roof, especially in a space that’s as atmospheric as the Sailors’ Home,” said the artist.

The exhibition includes a number of MacMahon’s paintings that capture in stunning portrait the nearby docks area, which can be seen from the windows of the listed building.

Katie Verling said it had long been an ambition to bring together an overarching collection of MacMahon’s work.

“This is long overdue recognition of an artist that I believe to be one of the finest figurative painters of his generation,” she said.

“Brian MacMahon is extraordinary and his work is extraordinary. Tom and I have often said, when other artists get deserved acclaim for exhibitions that it was about time that Brian’s work was recognised. He never had the platform but finally now he does with this exhibition.”

She added: “This is the most important exhibition of his work ever. It’s a chance to see the true genius of him in one space. It has never been attempted before and was hugely ambitious as, for one reason or another, he did not go down the gallery route and sold many of his paintings personally. That meant that no one had documented where his paintings are, so pulling this together was an enormous task.”

An 80 page full colour catalogue has also been produced.