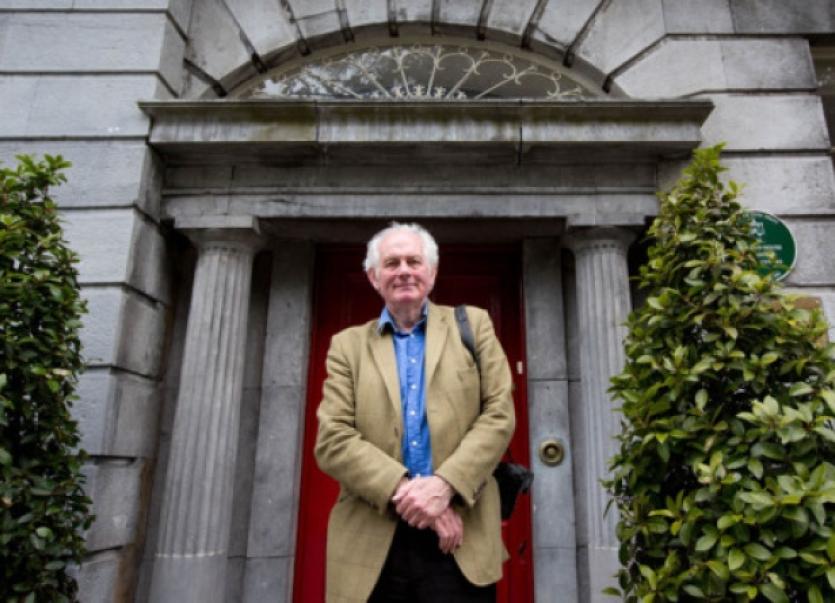 TOP British historian Dan Cruickshank has drawn a link between Limerick’s magnificent Georgian architecture and the way the period inspired much of America.

TOP British historian Dan Cruickshank has drawn a link between Limerick’s magnificent Georgian architecture and the way the period inspired much of America.

Author and historian Mr Cruickshank, who has fronted a variety of shows focusing on historical buildings worldwide, was in Limerick to study the city’s iconic Georgian heritage.

He delivered a lecture to the Hunt Museum focusing on the need to revitalise the buildings, some of which have fallen into decay, after being invited by Elizabeth Hatz, a professor of architecture based at UL and in Stockholm.

Mr Cruickshank, a European specialist on Georgian architecture, said he is amazed at how well preserved the area is.

But he wants to offer his own expertise on halting the decay of many derelict buildings, indicating he will seek to front a TV show on the matter.

“So often, urban quarters have been much more diluted by major alterations. What is incredible walking around is there are small details, even things like cast-iron neoclassical coal hole covers. There are lots of levels of detail, but often the case is how to get people to appreciate it,” he said.

“I would like to generate some publicity to help raise awareness among Limerick people of the place where they live. It is possible to reverse decay. I would like to maybe try and do a television programme about this.”

He feels these small levels of detail are important to maintain, and he wants to see many out-of-use buildings brought back into use, saying the area is “worth fighting for, as much as one can”.

One of his suggestions is to link in cultural activities with the centres, perhaps utilising the spaces.

“A lot of cultural activity goes on in the city. We can connect through these buildings. We need to get the university to do more. I know they are sited outside [the city centre], but there is a possibility they could take over some of them.”

Mr Cruickshank believes that because there has been so much internal change already to many buildings, it will be hard to convert them into stand-alone apartments.

But, in a further nod to the university, he said: “We could look to shared living: students sharing a house.”

But he acknowledges the biggest challenge is to make people want to live in these buildings in the first place.

“One must do what one can to remind people of the importance and beauty of these buildings,” he said.

Mr Cruickshank met city manager Conn Murray, and sought a full register of who owns what buildings in Georgian Limerick.

With this information, he said action can be forced on derelict units, suggesting a “reservoir” of interested individuals team up to take on a building. He even suggested going to the “extreme” level of squatting in some buildings. “If it is worth saving buildings, it is worth going to extremes within the law,” he said.

“It is one of the most important examples of [Georgian architecture]. It reflects some of the most international ideas about city living.” Describing Limerick as “the most western renaissance city in Europe”, Mr Cruickshank said many cities, and peoples would have been influenced by its original grid and grand terraces.

This, he said, has the potential to give Limerick an enhanced reputation internationally. “Also, it served as a port to the new world. Of course, from that, people travel, goods travel, ideas travel. I was observing the detail of the later Limerick buildings – those from the 1820s to 1830s in Catherine Street – one can see the remaining houses in Washington Square, Mercer Street, and Soho in Washington,” he explained.

Of Limerick’s architecture, he added: “It is not just regular architecture: it is part of a great European civilised urban creation, relating back to Rome, and so on.”