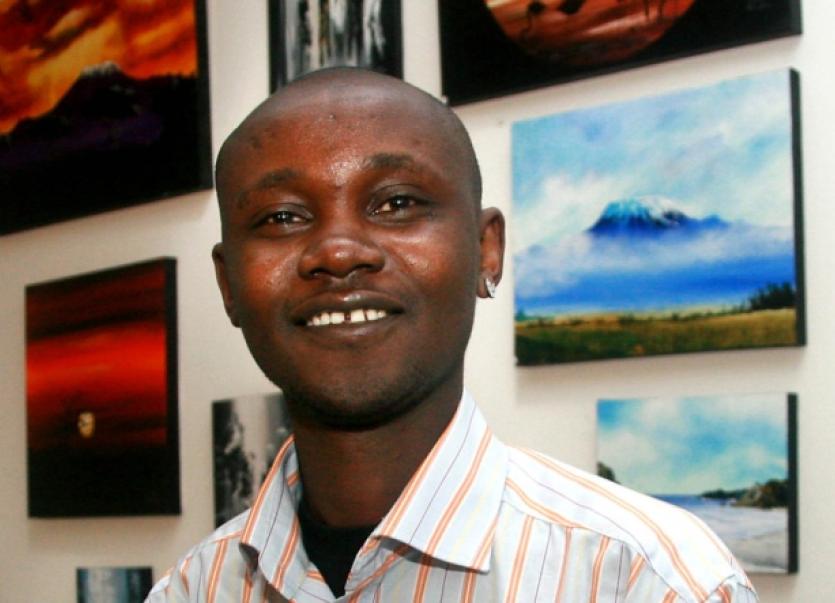 RWANDAN artist Jean Ryan Hakizimana is appealing to the owners of vacant premises to allow their units be used for artistic purposes as the City of Culture approaches, writes Anne Sheridan.

RWANDAN artist Jean Ryan Hakizimana is appealing to the owners of vacant premises to allow their units be used for artistic purposes as the City of Culture approaches, writes Anne Sheridan.

Mr Hakizimana, who has lived in Limerick for over a decade, has been without a studio for 17 months since he was asked to leave his unit on Catherine Street/Thomas Street in May 2012.

The corner unit, where he taught art classes, was supplied by Limerick City Council under the ‘Creative Limerick’ banner, whereby vacant commercial premises are allowed to be occupied by artists across all spectrums for an unspecified time.

The building was sold last year, but it has not been occupied yet.

Mr Hakizimana said he has been waiting since then to hear if another unit is available to occupy, but is hopeful that a premises on Liddy Street will become available in the near future. A deposit of €250 is required from artists to book their new units. “I haven’t been able to show my work in public since then, whereas before I could have an exhibition of my own work and my students’ work every few months. I am calling for help and support now. The work that I did was recognisable to everyone.

“I supplied a free and quick art class to tourists who came in to the studio and who wanted to bring a little memento of their time in Ireland back home with them. In the time I was there, more than 2,500 tourists alone signed the visitors’ book,” he said.

In the meantime, Jean has built up a portfolio of 85 paintings, some of which will be on display in a solo exhibition in the former Franciscan church on Henry Street on November 8, which will be his biggest exhibition to date. Until recently, he had a smaller premises in the former convent at Mount St Vincent on a pro bono basis, but occupiers had to be vacated as the building was sold to Mary Immaculate College.