Exhibition of rare Limerick photos to go on display 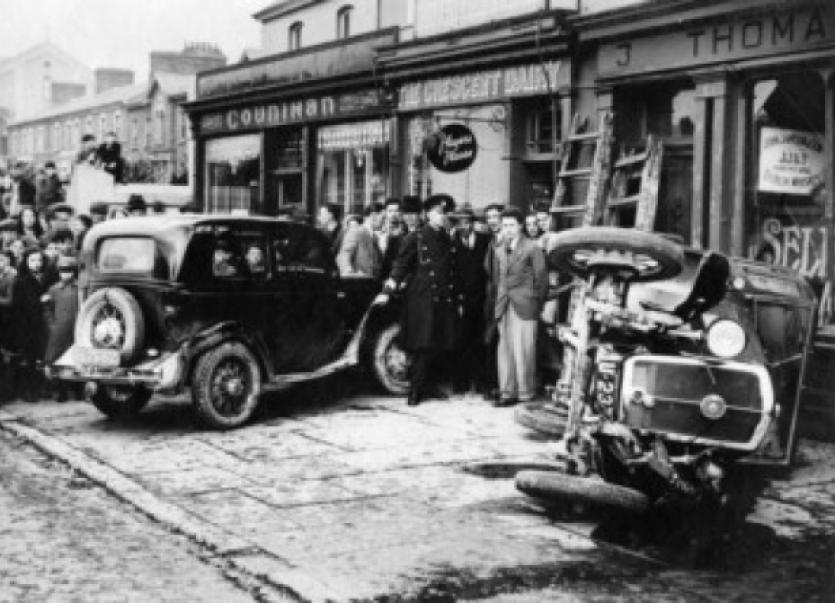 A major photographic exhibition featuring rare images of Limerick city and its environs century will go on public display early in the New Year.

A major photographic exhibition featuring rare images of Limerick city and its environs century will go on public display early in the New Year.

“The Street” exhibition, comprising photographs from The Haselbeck Collection, will be launched on January 13 next and will be open to the public throughout January and February.

The exhibition has been organised as part of Limerick 2014 in association with Limerick City Museum and Archives (LCMA).

Franz S. Haselbeck worked as a professional photographer in Limerick City from 1912 until his death in 1973. He cycled all over the city and its environs to photograph the important events of his time including the War of Independance and major construction projects, as well as everyday events.

Today, The Haselbeck Collection is regarded as one of the most important collections of 20th century Ireland.

The free exhibition also looks at Haselbeck’s life as a professional photographer in Limerick and will host a display of his camera equipment as well as some archival documents illustrating his professional and personal life.

Some of the earliest photographs featured in the exhibition relate to the Irish Volunteers and the Royal Irish Constabulary in 1913 and 1914 at a time when the world was heading towards war and Ireland was striving for Home Rule.

The exhibition features photographs of the massive concrete silos of Ranks Flour Mill, the huge scale of the Shannon Scheme at Ardnacrusha, Mungret Cement Factory and Irish Wire on the Dock Road. Haselbeck also photographed the streets, its lanes, shop fronts and major buildings from churches to Limerick’s Georgian terraces and mills.

Patricia Haselbeck Flynn inherited the collection in 1990 and has offered the use of the collection to her native city and worked in close partnership with Limerick City Museum and Archives in presenting a selection of her grandfather’s work.

“It was almost as if my grandfather knew that it would be important to the city to record these events...as if he felt that it was his civic duty. In turn, I felt it to be my own civic duty to try to preserve it for all and have spent he intervening years in that quest,” she  explained.