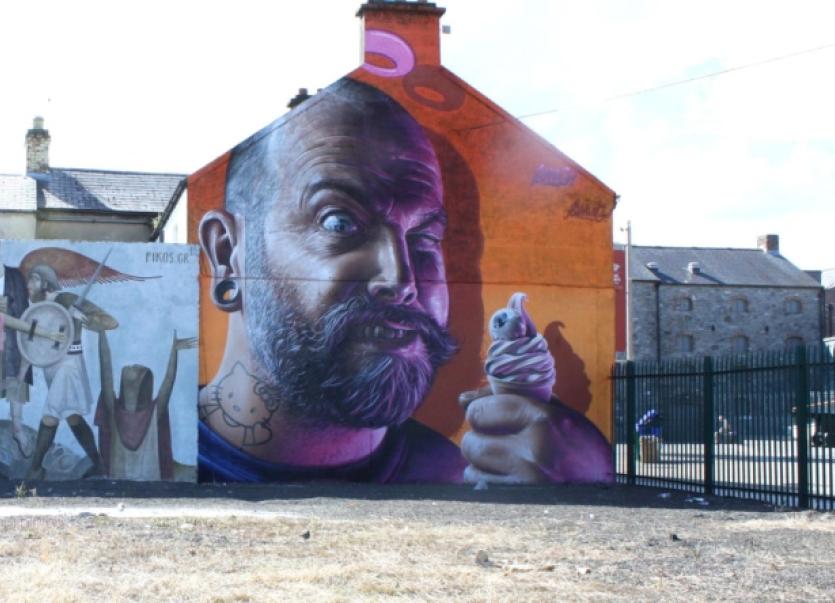 PUBLIC reaction to a mural by a famous graffiti artist near King John’s Castle has divided opinion.

PUBLIC reaction to a mural by a famous graffiti artist near King John’s Castle has divided opinion.

The mural of a man enjoying an eyeball in an ice-cream, spray painted by one of the world’s leading street artists, dubbed Smug, was reported to have sparked ‘controversy’ in the area, following the €6m redevelopment of the castle.

Local residents told the Limerick Leader they have no issue with the mural, but many are divided on whether this is an appropriate location for this ‘art’. The story was one the most viewed on our website yesterday, and attracted a host of comments on social media sites.

Here’s what a few people had to say:

Ian Buckley: “It’s a brilliant piece of work, just in a totally inappropriate location, just as that heap of metal and glass in the castle is inappropriate.”

Katherine Sheehan: “I like it. It’s different. It’s scary & humorous at the same time. Can’t see the harm really. Without art the world is just dull.”

Sean O’Donovan: “I know it mightn’t be everybody’s cup of tea, but the whole point of ‘art’ is to provoke debate and it’s quite obvious that this is the case with this piece of art so by that criteria it has been a huge success. By the way, I personally think it’s brilliant and it makes me want to go out there and have a look at it”.