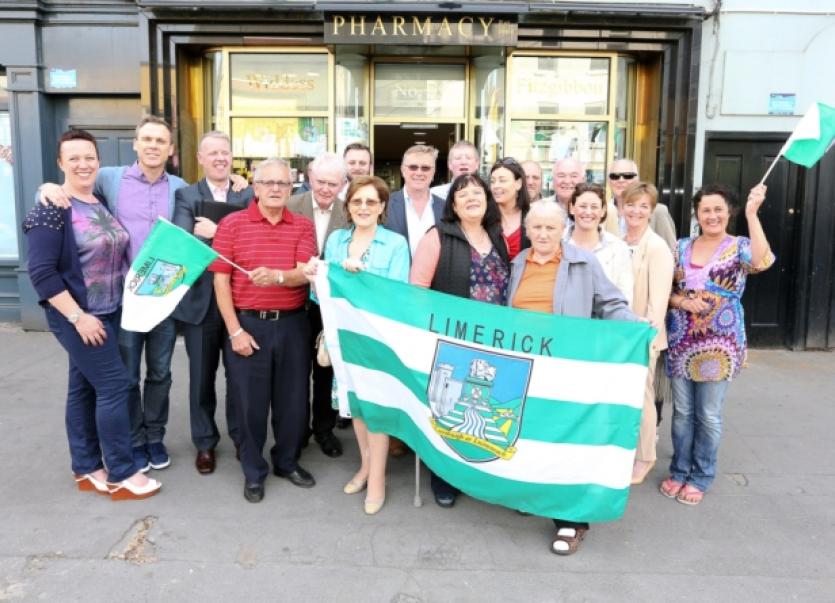 THIS year’s Roches Street Traders Art Festival has already received a major boost after it was revealed JP McManus had stumped up €1,000 to help the two participating charities.

THIS year’s Roches Street Traders Art Festival has already received a major boost after it was revealed JP McManus had stumped up €1,000 to help the two participating charities.

For two weeks in September, city artists will display their work in 30 shop windows in Roches Street, which is renowned for its independent traders.

If you spot a piece of art you like in a window, you can go into the shop and make an offer for it.

If it is accepted, the artist gets 75% of the proceeds, with the remaining 25% going to both the Mid-West Branch of the Parkinsons Association of Ireland and the Daughters of Charity in Lisnagry.

And philanthropist Mr McManus has already got this year’s appeal under way by giving the two charities €500 each, said event coordinator Hugh Lilburn.

There is a number of artists who have work on display, the most high profile being Tom Greaney.

“We have a lot more artists than previous years and we will continue to expand on this. I would still love to get some of the well-known Limerick artists like John Shinnors,” Mr Lilburn added, at the press launch of the festival in Brendan O’Brien’s bar.

This year’s exhibition will take place between September 9 and 21.

Each year, the Roches Street traders committee picks one charities to benefit from the festival, with the selection of a second a reserved function of chairman Jim Sadlier of Sadlier’s Butchers.

This year’s charities were delighted at being included.

Limerick Chronicle correspondent Richard Lynch, a PR director of the Mid-West Parkinsons Association, said: “It is a huge boost for the charity. Ultimately what every charity is looking for is to raise awareness. It is not just about the money raised.”

Richard became involved in this charity as his mother, Florence, suffers from the condition.

Brenda Kelly, of the Daughters of Charity said she felt it appropriate they were involved.

“Art is one of our therapies of choice: we have a lot of people who can only express themselves through art. It is particularly poignant for us to be involved in this particular event,” she explained.

Donations of paintings are still being sought: for more information, call 086-2601161.