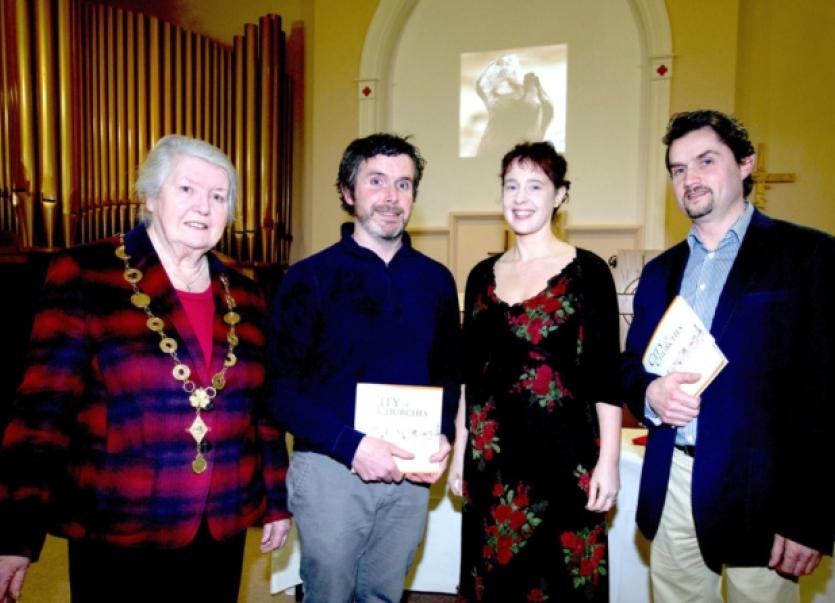 A NEW secular exhibition documenting many of Limerick’s churches offers an opportunity for a process of “re-evaluation”, according to a leading city architect.

A NEW secular exhibition documenting many of Limerick’s churches offers an opportunity for a process of “re-evaluation”, according to a leading city architect.

Peter Carroll, course director of the school of architecture in UL, opened Limerick: City of Churches last week, an exhibition looking at the architectural legacy and social history of the city’s many places of worship.

The city is widely considered to have more places of worship on its main street than any other in Ireland, but Mr Carroll has claimed they are largely “undervalued”.

“I think you can’t ignore them, they are there and you need to appreciate them and I think we need to value them even more,” he said.

“From an architectural point of view, I am always surprised that they are relatively undervalued, they are overseen almost and I think now is the time where we need to really focus our view on them again and re-evaluate them. There is an opportunity there to do that.”

The exhibition is part of the City of Culture programme and was spearheaded by Limerick Museum and Archives and archivist Jacqui Hayes, who hope it will help to “re-imagine and breathe new life” into some of the city’s most historic buildings.

It is scheduled to visit a number of venues - representing different faiths - and focuses on the records, buildings and impact of the various churches, while a fascinating document, produced by Emma Gilleece, collates information about more than 70 churches around Limerick.

Peter Carroll said Limerick was a “city of rooms”.

“If you think about being able to enter buildings, churches are always open.

“They are seen as relatively undistinguished spaces, yet if you stand back and look at all the idiosyncrasies and particularities of each, not one of them is the same.

“There is a clear opportunity there to begin an even bigger inventory. This exhibition, with Jacqui and Emma, is a wonderful document, but I think we can go even further than that.

“Particularly at a crossroads in the city’s future, when you have 2030 visions being planned, we do have to value what we have on our doorstep now, rather than speculating on the future.”

Ms Hayes said the exhibition, currently located at Central Buildings, 51a O’Connell Street until the end of April, would travel to seven different venues within the city, including the Augustinians and St Mary’s Cathedral, allowing it to “achieve an exhibit accessible to all irrespective of denomination or faith”.