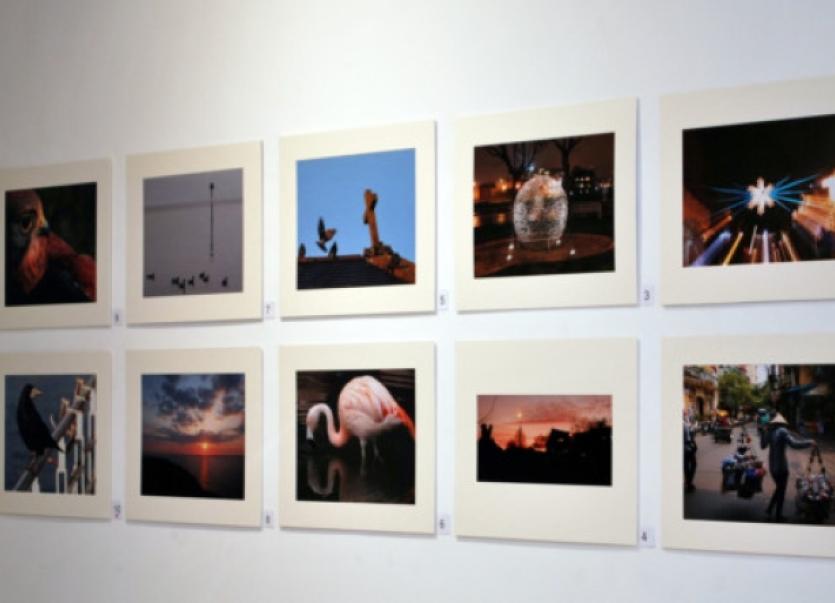 A stunning selection of photographs from across the region are on display this week in Sarsfield Street.

A stunning selection of photographs from across the region are on display this week in Sarsfield Street.

The former National Irish Bank building is, until Friday, home to 43 pictures contributed by members of the St Munchin’s Photography Club.

It is the first time the club - which meets every Monday in St Munchin’s Community Centre - has put works of its members on display.

Images captured include the Curragower Park Memorial, a summer’s day in Kilaloe, King John’s Castle, and a view from the Living Bridge at UL.

While sales of the images are not being sought by the club, members of the public are welcome to buy framed prints of the pictures, with all the money raised going to St Munchin’s Community Centre.

This is because the centre allows the club - only set up two years ago - meet there for free every Monday at 7.30pm.

Founding member Pat Nash from Thomondgate said the exhibition, opened by Mayor Gerry McLoughlin, gives the members of the club the credit they deserve.

“It is unusual that a club like ours would go in for an exhibition like this. But I wanted to push it: I wanted to do something to push the club,” he said.

One picture has been sold already, with Pat adding: “It is not one I thought would be sold, but it is an image which means something to that person. This is why people will buy an image.”

Mayor McLoughlin was full of praise for the photographers, saying: “These are some of the most professional shots I have ever seen, so congratulations to you all. I must come out there sometime: I might learn something new myself! It just shows what a lovely city we have,” he said at the opening.